Sweden's visionaries of OPETH have come a long way within the past three decades and evolved from raw death metal to virtuousic progressive vintage rock. Always following their own path, the band forged 13 albums, each being a new milestone within its genre and soon, the band led by Mikael Åkerfeldt is celebrating its 30th anniversary.

Åkerfeldt comments: "So, we're planning to celebrate a belated band-birthday, also known as BBB. How do we celebrate a thing like this, you ask? Well, we go to work. We are planning a very few select shows in 2021 where you basically have the collective choice of picking the songs for the setlist. Since we celebrate 30 years, we would love to play a song from each album we've done. All 13 of them. If you can help us and pick your choice of one song per album from the list, and then we'll simply play the songs with the most votes. It's been done before, but not by us. I am reluctant and nervous, but also excited to see what songs you will choose. I can't really believe we've been around for 30 years, but there you go. So please help us. And be gentle. The final setlist will have 13 songs. One from each album. Your call…"

Regarding the decision to release "In Cauda Venenum" in Swedish, Åkerfeldt told Revolver: "Doing it in Swedish was just an idea that popped into my head, like, 'Maybe I should fry my egg in the morning instead of boiling it.' It wasn't any deeper than that. And I figured the music climate has changed so much, does it really matter which language it's in? That was it. And it didn't have me writing more lyrics — it just had me writing more music. And the music didn't sound more Swedish or anything like that. But it was a gateway that opened, and it was fun. 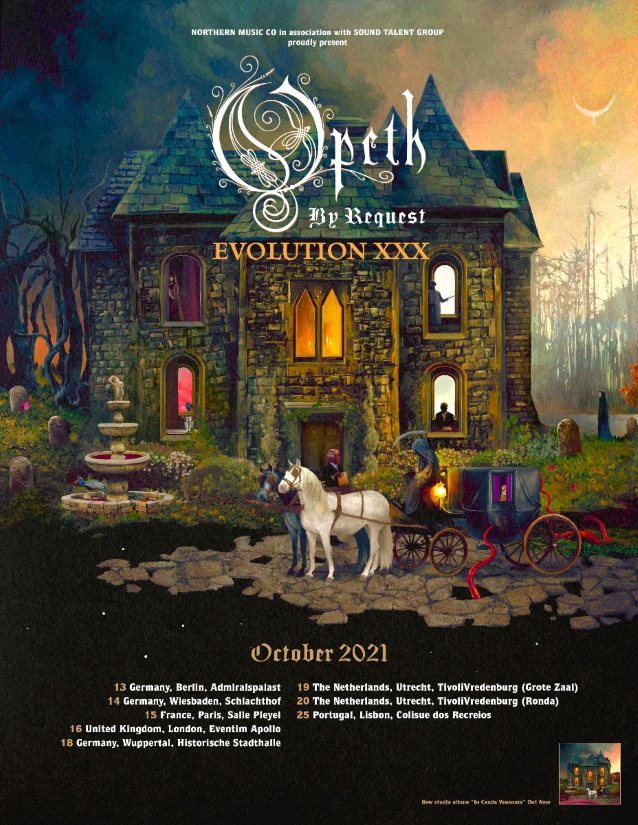