Swedish progressive metallers OPETH will release "In Cauda Venenum (Extended Edition)" on May 13 via Atomic Fire Records. This release, available on digipak, contains the English and Swedish versions of OPETH's latest album, "In Cauda Venenum", with new illustrations by internationally renowned Travis Smith in the booklet. In addition, there is also a third CD including three previously unreleased bonus tracks, both in English and Swedish: "The Mob" / "Pöbeln", "Width Of A Circle" / "Cirkelns Riktning" and "Freedom & Tyranny" / "Frihet & Tyranni".

"In Cauda Venenum (Extended Edition)" is now available for pre-order. Also on May 13, the album's strictly limited "Connoisseur Edition" vinyl boxset, which includes the same bonus tracks but remastered by Mikael Åkerfeldt specifically for vinyl, will be available in the North American retail stores for the first time. Both album editions will also be available at the band's merch table on the upcoming North American tour.

"In Cauda Venenum" was originally released in September 2019 via Moderbolaget / Nuclear Blast Entertainment. Recorded in 2018 at Stockholm's Park Studios, the effort was made available in two versions, in both Swedish and English languages.

Regarding the decision to release "In Cauda Venenum" in Swedish, Åkerfeldt told Revolver: "Doing it in Swedish was just an idea that popped into my head, like, 'Maybe I should fry my egg in the morning instead of boiling it.' It wasn't any deeper than that. And I figured the music climate has changed so much, does it really matter which language it's in? That was it. And it didn't have me writing more lyrics — it just had me writing more music. And the music didn't sound more Swedish or anything like that. But it was a gateway that opened, and it was fun.

OPETH played its first show with drummer Sami Karppinen (THERION) last November in Asheville, North Carolina at the opening date of the band's tour with MASTODON and ZEAL & ARDOR.

Karppinen stepped in to play with OPETH after the Swedish metallers parted ways with their longtime drummer Martin "Axe" Axenrot due to what they called "a conflict of interests."

When Axenrot's exit was first announced, Åkerfeldt said in a statement: "However sad it is to not have Axe in the band anymore, we're not in a position to linger on anything that is going to hold us back. We need to soldier on. 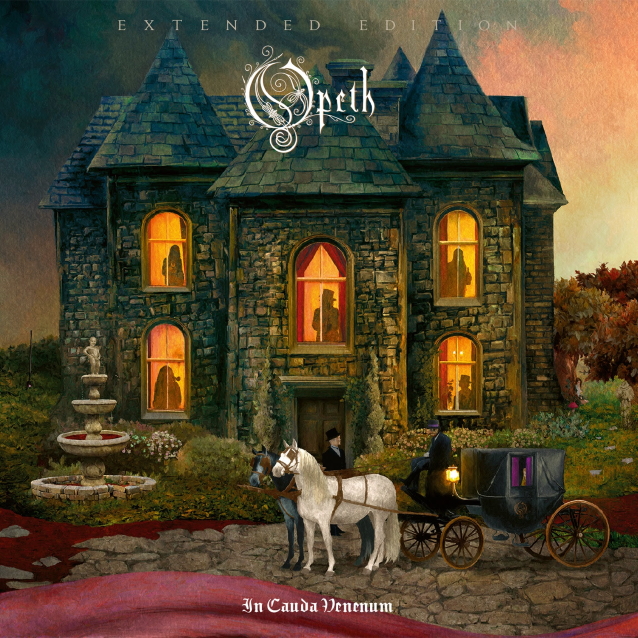