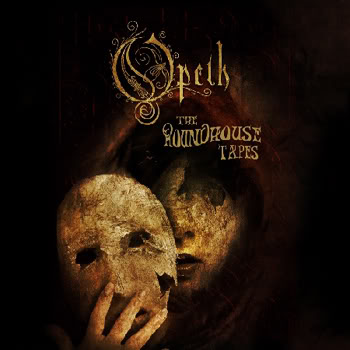 OPETH's "The Roundhouse Tapes" will be released as a high-definition-filmed DVD in early 2008. This will also feature lots of fan interviews, band interviews, soundcheck footage and live photos, along with exclusive menu music written by mainman Mikael Åkerfeldt and keyboardist Per Wiberg.

The cover artwork for OPETH's upcoming "The Roundhouse Tapes" double CD has been posted at this location. Due on October 22 via Peaceville, "'The Roundhouse Tapes' contains a captivating OPETH performance from the Camden Roundhouse, London, UK, on November 9, 2006, and sees the band in scintillating form churning out a selection of classics from their illustrious career," according to a press release. "You know what to expect from OPETH: unrivalled composition; seamless progressive dynamics and boundless atmosphere from the mellow to the incredibly heavy, all sealed with the unmistakable vocal presence of mainman Mikael Åkerfeldt."

Commented Åkerfeldt: "The Roundhouse concert will always be a very memorable gig for us for many reasons, but most importantly it caught the band at the peak of the 'Ghost Reveries' tour. I must say we're quite tight after 18 odd months on the road supporting the record. I'm extremely pleased we got it documented and I hope it will please our beloved fans as well. As an extra bonus we've decided to collaborate with one of our past labels for this release, the legendary Peaceville Records. Here's a toast to Hammy and Lisa for helping us back in the day as well as to the new team for preserving this pleasurable memory for today's music lovers as well as for generations to come."