Always an unstoppable force for uniqueness amid a sea of generic swill, OPETH has been setting the rulebook ablaze, and ploughing a uniquely progressive and exploratory furrow for over 25 years now. Neither conforming nor exhibiting any desire to be restricted to a single genre, OPETH, quite simply, has a time honored tradition of blowing our minds with both class and forward thinking. All these years later, nothing and everything has changed once again with their forthcoming album, "Sorceress".

"We're happy to confirm that we have indeed signed a deal with Nuclear Blast Entertainment and will be putting out our twelfth studio album, 'Sorceress', via our own imprint, Moderbolaget Records," states OPETH guitarist/vocalist and main songwriter Mikael Åkerfeldt. "The decision was made in Markus Staiger's [Nuclear Blast kingpin] ridiculously potent Porsche going at 150 mph somewhere in the south of Germany. We're happy to be part of the NB team and look forward to a fruitful relationship."

Nuclear Blast owner Markus Staiger adds: "I am honored that OPETH has joined the Nuclear Blast family. Mikael Åkerfeldt and his fellow bandmates have demonstrated time and time again that OPETH are a band that never releases an album that sounds the same. You never know what their new music will sound like! Nuclear Blast has been following the musical journey of OPETH from the beginning with 'Orchid' to landmark albums like 'Still Life', 'Deliverance', 'Damnation' and 'Blackwater Park', right up to 2014's 'Pale Communion'. The band has become one of the most challenging artists in rock music today. It is not often that we get to work with musicians of their caliber and I am thrilled to have such a unique genre-leader on the label. The future for OPETH and Nuclear Blast looks very bright."

Monte Conner, Nuclear Blast Entertainment president, says: "OPETH are a band that has continually evolved and moved forward at every stage. Always innovating and always continuing to challenge themselves as players and writers. They are simply fearless. I can't wait to hear what they come up with next! It's an amazing feeling to be reunited with one of my favorite bands and I look forward to my colleagues here at Nuclear Blast being able to have their own OPETH experience and role in the band's continuing journey. I want to thank Mikael Åkerfeldt and OPETH for putting their faith and trust in everyone here at Nuclear Blast."

OPETH is currently in the studio with Tom Dalgety putting the finishing touches on "Sorceress". A fall release is expected. 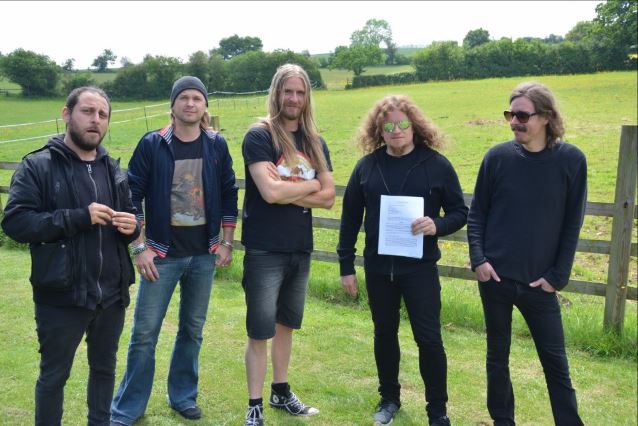