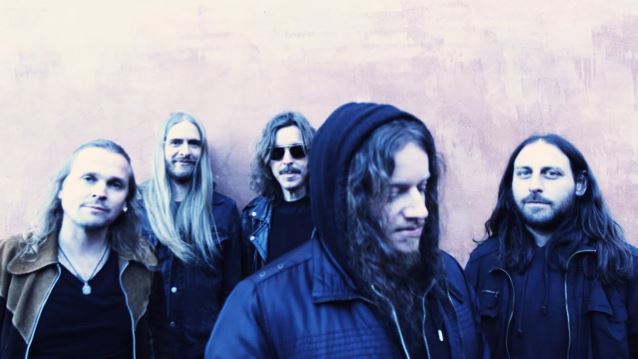 Swedish progressive metallers OPETH have announced details of two very special U.S. performances celebrating the group's landmark 25th anniversary. The unique shows, dubbed "An Evening With Opeth", are set for October 22 at New York's Beacon Theater and October 24 at Los Angeles' Orpheum Theater and will see OPETH celebrating their remarkable career with two unique sets each night. The progressive Swedes will perform 2005's much-lauded "Ghost Reveries" album in its entirety (which in turn is celebrating its 10th anniversary),plus a second set of classics from their 25-year career.

Tickets go on sale Friday, May 1 at 10:00 a.m. local time with VIP/fan-club presale beginning Wednesday, April 29 at 10:00 a.m. local time. A very limited amount of VIP upgrades will also be available on pre-sale which allow early entry into the venue, a 20-minute meet-and-greet with the band, a commemorative VIP laminate pass, a selection of guitar plectrums from each guitarist, your choice of t-shirt from the merch booth, the official tour poster and a pair of Martin Axenrot signature drumsticks.

OPETH guitarist/vocalist Mikael Åkerfeldt commented on the special performances, saying, "The forces that be put up a very mystical and subtle little advert on the so called Internet.

"Yes, we will celebrate 25 years of being OPETH in 2015 and this is reason enough to gather up the forces and play. For you."

"Pale Communion" was released on August 26, 2014 via Roadrunner Records. The cover artwork was once again created by Travis Smith — with art direction by guitarist/vocalist Mikael Åkerfeldt. The CD was produced by Åkerfeldt and mixed by longtime collaborator and PORCUPINE TREE frontman/guitarist Steven Wilson.

Speaking about following up 2011's "Heritage" album with "Pale Communion", Mikael told The Rockpit: "It's really important for us if we're going to put out a record, we'd better stand behind it. And 'Heritage', even if it's a different-sounding record, we tried, or I tried, writing songs that were more linear to the sound that people are familiar with when it comes to OPETH. But I didn't feel it; it wasn't in my heart. The songs weren't bad or anything like that, but they were not right; there was something lacking in those songs and what was lacking was the belief from the other guys when I played it to them. They were, like, 'Eh, not sure about that,' so we needed a change, and we did change a little bit, and what happened was we kinda found our way back into writing songs the way I should be writing songs. And that's without boundaries and without thinking of commercial success and without thinking of whether we're doing what we are supposed to do like what the fans expect basically. So we put together with 'Heritage' and 'Pale Communion' and every record in our discography that has been done, they have been written under the same premises, and that's us basically writing music that we want to hear."

He continued: "I think it would have been bad for us to do another so-so type of record that follows the style of 'Watershed' and 'Ghost Reveries'. It would have been impossible, for one, but I think it would have been really bad for our career, and for us as musicians, as a band, to put out a record that we didn't believe in, even if it sounded like the OPETH that people are accustomed to. So it was really important for us to make this change now. And I'm hoping that people are going to learn to appreciate what we're doing now, and perhaps by that time we're going to change again into something even more outrageous." 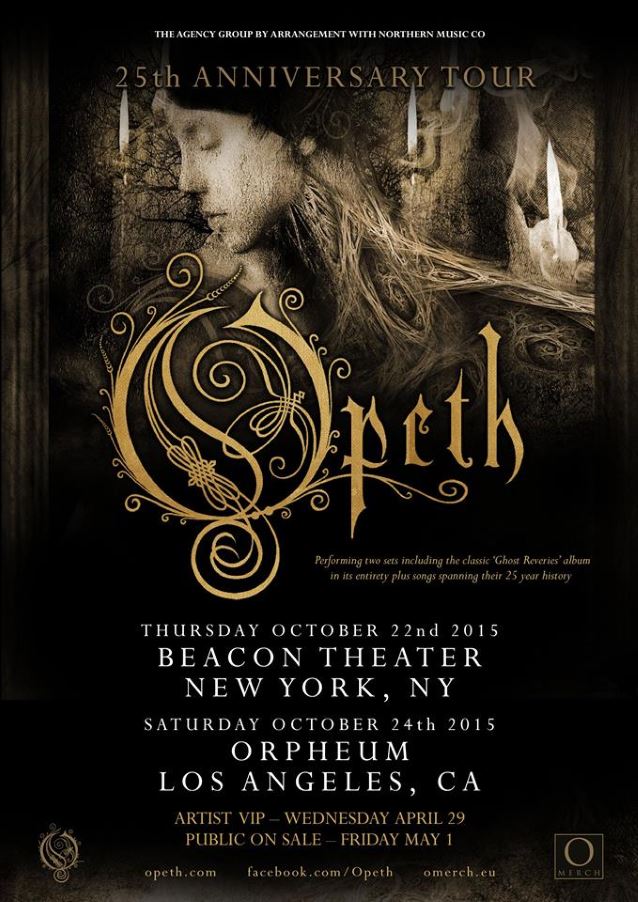