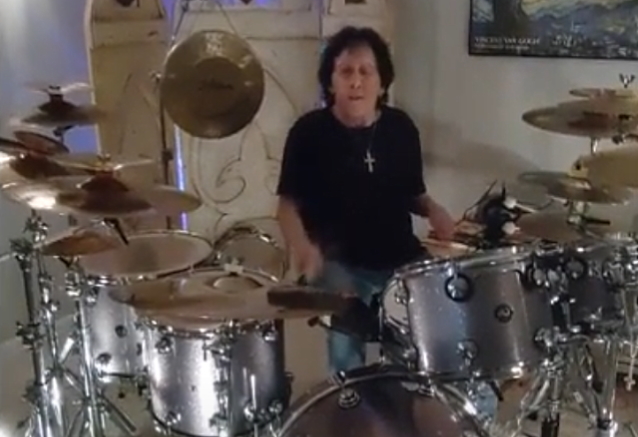 Peter Criss has shared two new videos to celebrate the arrival of 2022.

The original KISS drummer, who turned 76 on December 20, has posted clips of him playing a "rock drum solo" and a "Spanish drum solo" at what appears to be a room in his house. Check out the footage below.

Criss played what was being billed as his final U.S. concert in June 2017 at the Cutting Room in New York City.