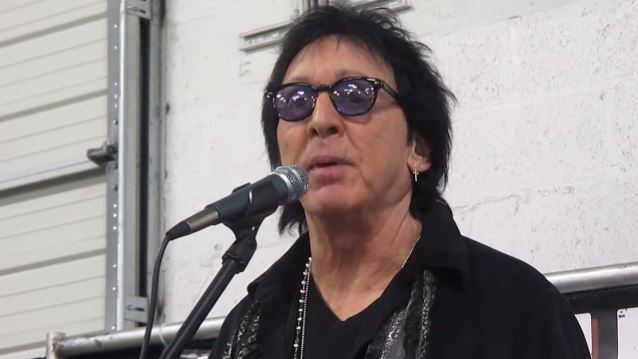 Original KISS drummer Peter Criss will attend Texas Frightmare Weekend on April 29 - May 1 to meet and greet fans in a rare appearance.

In addition to playing drums in the band, Peter also provided lead vocals for a number KISS's most popular and memorable songs, including "Beth", "Black Diamond" and "Hard Luck Woman". Peter's "Catman" persona is an instantly recognizable icon in pop culture.

"After hosting an appearance by Ace Frehley at our 2014 event, we've been flooded with requests to bring in Peter Criss," says Texas Frightmare Weekend founder Loyd Cryer. "Our event has always been about fulfilling fans' requests and we are honored that Peter has agreed to attend."

Peter Criss will attend the event on all three days, giving his fans plenty of opportunities for autographs, photos and meet and greets.

Tickets for the event are available for purchase now at this location.

Texas Frightmare Weekend is presented in association with Fangoria magazine. 2016 marks the event's now entry into its second decade as the Southwest's premier horror convention and film festival. The annual event hosts celebrity appearances, autograph signings, screenings, exclusive parties and horror memorabilia vendors from all over the country.

Criss first left KISS in 1980. Since then he's worked with other bands and released solo albums. He teamed up with KISS again for a few gigs in the 1990s and most recently in 2004. He was replaced by Eric Singer.