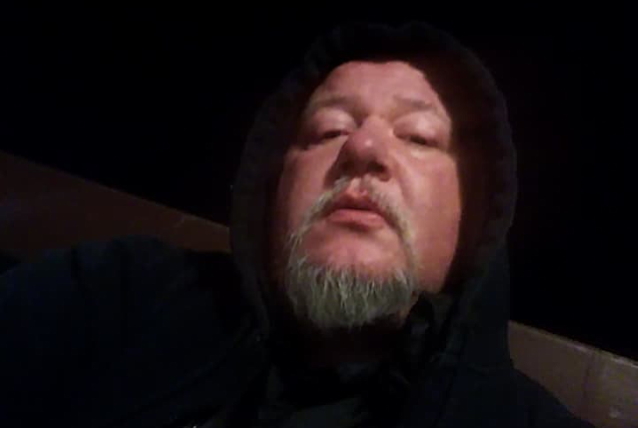 Costanza's passing was confirmed by his former CRISIS bandmate Afzaal Nasiruddeen, who wrote in a Facebook post: "It is with a very heavy heart that I have to accept and inform everyone concerned that I lost my brother, band mate, home boy and family today.

"Tony Costanza was one of a kind. A man with a huge heart, love and loyalty for the ones close to him.

"I cannot relate to this reality of loss yet. I know he had a lot of admirers, and I was one of his biggest. He would have literally taken a bullet for me. Thats the kind of gangster brother he was.

"Tony died in his sleep this morning so I am sure he was at peace and in no pain.

"I wish his Mother all the strength she can muster as she will need every ounce of it.

"I will be starting a GofundMe page for her and Tony's funeral expenses. Please help if you knew him and care.

"Please hold your loved ones close as the sense of loss is insurmountable sometimes.

"Tony my friend, I will love you and cherish our memories together, forever. Hope you are in a better pace now. Rest In Peace."

Costanza was the singer of the Las Vegas metal band PAPSMEAR before relocating to the San Francisco Bay Area and joining MACHINE HEAD in 1992. He sat behind the kit for MACHINE HEAD's first three shows — a punk rock house party on Woolsey Street in Oakland on August 15, 1992; at The Huntridge Theater in Las Vegas, Nevada on August 29, 1992; and at Los Angeles Metalfest at Gazarri's in Hollywood, California on October 4, 1992. He left MACHINE HEAD in October 1992 and was replaced by Chris Kontos, who made his live debut with the group the following month.

MACHINE HEAD frontman Robb Flynn said that "a big chunk" of the band's classic debut album, "Burn My Eyes", was written with Costanza, who stepped in because Kontos — Robb's first choice and then still a member of ATTITUDE ADJUSTMENT and GRINCH — didn't have time to devote to MACHINE HEAD.

"Tony was from Vegas and he had heard of us and was like, 'Dude, I'll come out right now,'" original MACHINE HEAD bassist Adam Duce said. "We wrote eight songs with him. But then he left because he lacked experience and there were also some personal problems between him and some of the other guys. At the same time, Chris started to gain interest again, and he was the one we wanted in the first place. Tony quit because he felt like he was going to be fired. So, then Chris came back and worked on the record with us."

Earlier today, Kontos issued the following statement: "R.I.P. Tony Costanza. I'm thankful that you and I remained in contact over the past 27 years. Im so sad to hear about your passing bro.

"After I played on the very first MH demo ever some time in June 1992 I moved to NYC for a short time. In that time Tony became the first drummer of MACHINE HEAD. They did a demo and a video for Fuck It All. He played the first string of live shows/parties in the Bay Area.

"When I came back home in October 92' I actually was Tony's drum tech for a few shows. Shortly after that the drum position became available for what ever reason it makes no difference now, that's when I became the second drummer for MH. We wrote some more songs together and then recorded the 'Fuck It All' demo that got the band signed. He came up with some really great drum parts. He had a very powerful style and it was a challenge to put my own spin on his contributions to the music and for sure kept a few of his parts.

"Tony was a very kind person and always supported and encouraged me over the years with music and then with BMX. We have both confided in each other when we hit hard times over time. Im thankful for his friendship and brotherhood. He was a great drummer. Our legacy is forever connected by our participation in MACHINE HEAD and the Fuck It All/Burn My Eyes 1992-1995 moment.

Flynn wrote on Instagram: "Just got the news that our original drummer for MACHINE HEAD Tony Costanza passed away. Very sad to hear. Tony was involved in about half of the song on Burn My Eyes in someway or another, and we maintained our friendship throughout all these years. If anybody has any more information, please DM me"

Costanza was also a member of CROWBAR during the early 2000s, and appeared on the band's 2001 album "Sonic Excess In Its Purest Form".

Earlier today, CROWBAR guitarist/vocalist Kirk Windstein wrote: "This is so sad!!! Tony was such a sweet and talented guy. So happy we had the pleasure of him playing drums on Sonic Excess in its Purest Form !! God bless u Tony and our hearts go out to your family!!"

😢➡️Just got the news that our original drummer for Machine Head Tony Costanza passed away. Very sad to hear. Tony was involved in about half of the song on burn my eyes in someway or another, and we maintained our friendship throughout all these years. If anybody has any more information, please DM me

This is so sad!!! Tony was such a sweet and talented guy. So happy we had the pleasure of him playing drums on Sonic Excess in its Purest Form !! God bless u Tony and our hearts go out to your family!! 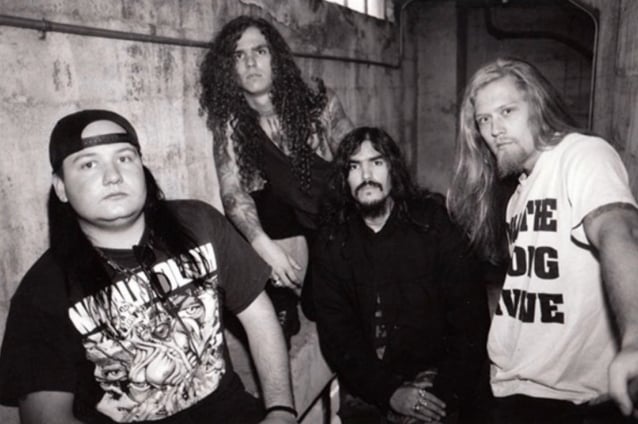