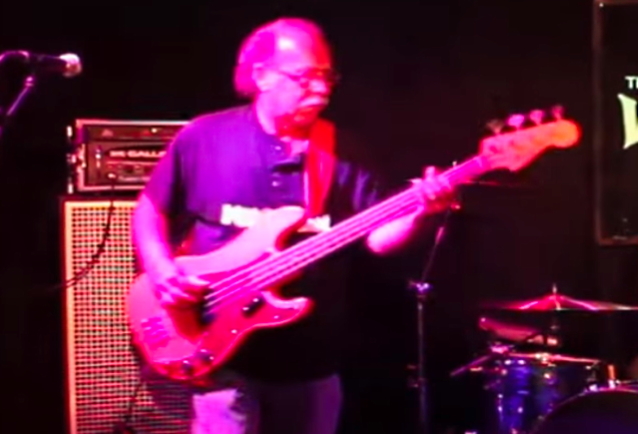 Original VAN HALEN bassist Mark Stone has passed away after a battle with cancer.

Mark's death was confirmed by his brother, Brad Stone, who wrote on Instagram: "My beloved brother Mark passed this morning. #markstone #vanhalen #fanhalen".

Mark was the bass guitar player in the pre-VAN HALEN band MAMMOTH from 1972 until 1974. Along with Stone, MAMMOTH featured Eddie Van Halen (lead vocals and guitar) and Alex Van Halen (drums). In early 1974, vocalist David Lee Roth joined the group, which shortly thereafter changed its name to VAN HALEN. By around mid-1974, Stone's VAN HALEN bandmates felt that his commitment to school outweighed his interests in pursuing music professionally, and decided to look for another bass player. Michael Anthony, from the Pasadena-area band SNAKE, was chosen as Stone's replacement. Stone remained on good terms with his former bandmates, and attended Eddie Van Halen's marriage to Valerie Bertinelli in 1981.

Stone was featured in the "Van Halen Story - The Early Years" DVD, which was released in 2003. In 2015 and 2016, Stone made guest appearances with FAN HALEN, a band paying tribute to the Roth-era lineup of VAN HALEN (see video below).

Just got the very sad news that Mark Stone, who played bass with the Van Halen brothers in Genesis, Mammoth, and Van Halen between 1970-1974, has passed away.

Mark helped lay the foundation the band we all love. RIP. Condolences to his wife and all those who loved him. pic.twitter.com/xKQ2f9sKcM