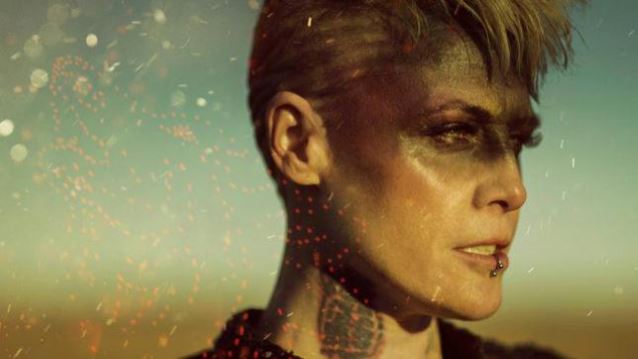 "In Cold Blood", a brand new song from OTEP, the band led by singer, poet, illustrator, author and activist Otep Shamaya, can be streamed below. The track is taken from the group's seventh studio album, "Generation Doom", which will be released on April 15 via Napalm. The CD was produced by Howard Benson, who has previously worked with such acts as MOTÖRHEAD, PAPA ROACH, THREE DAYS GRACE, FLYLEAF, P.O.D. and HALESTORM.

Said Shamaya about the song: "There are nights I think of you. Suffering in the sweet amnesia of nostalgia. Then I remember the cold loneliness of being by your side and I hear my own voice whispering in the night, 'There's something wrong with me for thinking something's right with you. In cold blood. In cold blood.' This bit of writing created the song 'In Cold Blood'. It was really hard to share something so private and personal but I'm glad I did."

OTEP will embark on the "Generation Doom" tour in April. Support on the trek, which kicks off April in 8 in Las Vegas, Nevada and runs through May 28 in West Hollywood, California, will come from Lacey Sturm (ex-FLYLEAF),SEPTEMBER MOURNING, THROUGH FIRE and DOLL SKIN.