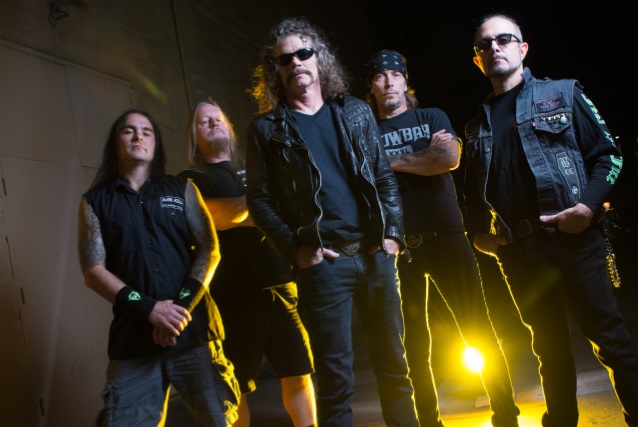 OVERKILL, DESTRUCTION And FLOTSAM AND JETSAM To Join Forces For 'Killfest' European Tour

Legendary New Jersey thrashers OVERKILL will join forces with DESTRUCTION, FLOTSAM AND JETSAM and MESHIAAK for the "Killfest Tour 2019" next March.

Commented OVERKILL vocalist Bobby "Blitz" Ellsworth: "One more fucking time! Let the the shit fall away and the metal rule the day. OVERKILL comes to Europe in March 2019 on the release of the new album. So get your necks ready, boys and girls; it's going to be dangerous!"

Schmier from DESTRUCTION adds: "Touring with some of the most influential American thrash icons is always a pleasure. We became good friends over all those years. I'm happy we are ALL still around and we can thrash Europe together. Also, some of the Australian boys from MESHIAAK have toured with us Down Under before with their predecessor band 4ARM. What an intense family reunion…hahaha! This is undoubtedly a killer package for the enthusiastic European metal fans for sure. We will present DESTRUCTION in fantastic form and with a terrific new drummer!"

OVERKILL's next album is tentatively scheduled to arrive in February 2019.

Longtime DESTRUCTION drummer Wawrzyniec "Vaaver" Dramowicz left the band at the end of March due to family reasons.

Black is once again sitting behind the kit for DESTRUCTION until the band decides who will be Vaaver's "worthy successor." 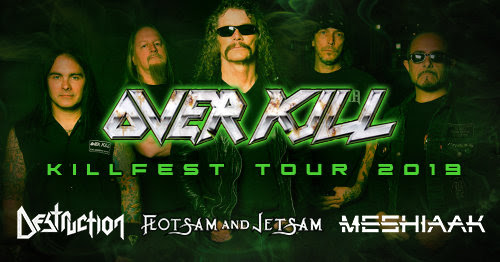