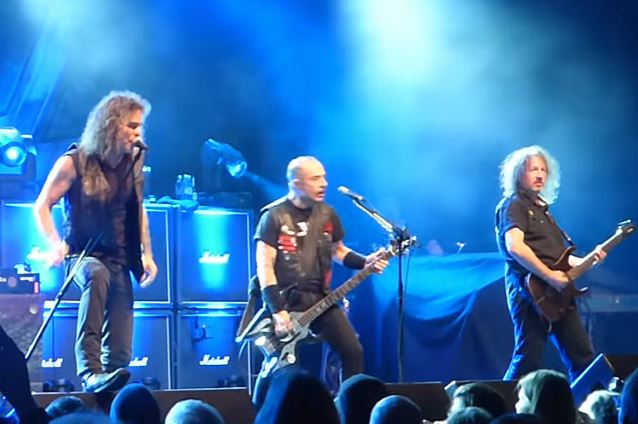 New Jersey thrashers OVERKILL have recruited Waldemar Sorychta — former GRIP INC. guitarist who has produced a number of acclaimed albums from SODOM, MOONSPELL and TIAMAT, among others — to play second guitar on the band's current European headlining tour. Waldemar is filling in for regular OVERKILL guitarist Dave Linsk, who is unable to make the dates for reasons that have not been disclosed. Support on the trek is coming from U.S. sludge metal kings CROWBAR, Israel-based metallers SHREDHEAD and Aussie thrashers DESECRATOR.

Sorychta made his live debut with OVERKILL last night (Tuesday, November 8) at Batschkapp in Frankfurt, Germany. Fan-filmed video footage of the performance can be seen below.

OVERKILL is also once again utilizing a stand-in drummer — their soundman Eddy Garcia, who is also a member of the El Paso, Texas band PISSING RAZORS — for the tour because the band's regular drummer, Ron Lipnicki, is forced to stay home due to undisclosed family issues.

OVERKILL will release its new album, "Grinding Wheel", in February via Nuclear Blast. Singer Bobby "Blitz" Ellsworth told Patch.com about the title: "When we were looking for a title, when you think in terms of the word 'grind,' you think of something that is relentless and doesn't wear down, whether it be an old stone mill or something metallic where sparks are flying through it. It's about an all-purpose tool through all time. It's a good, quality OVERKILL record."

As previously reported, OVERKILL and NILE will join forces for a U.S. tour in February/March 2017. 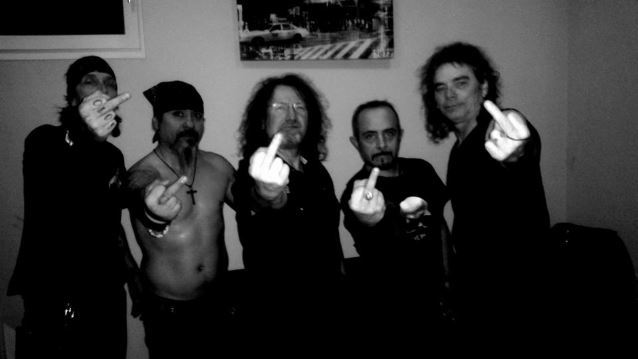 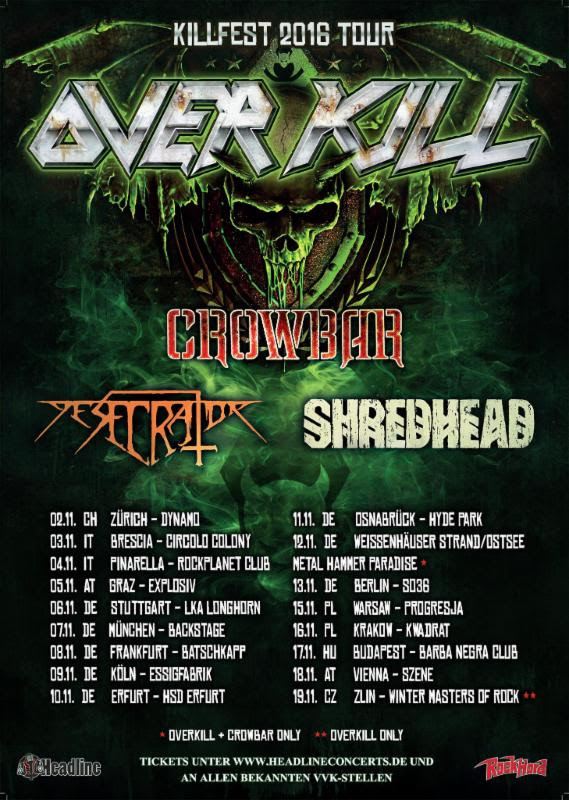