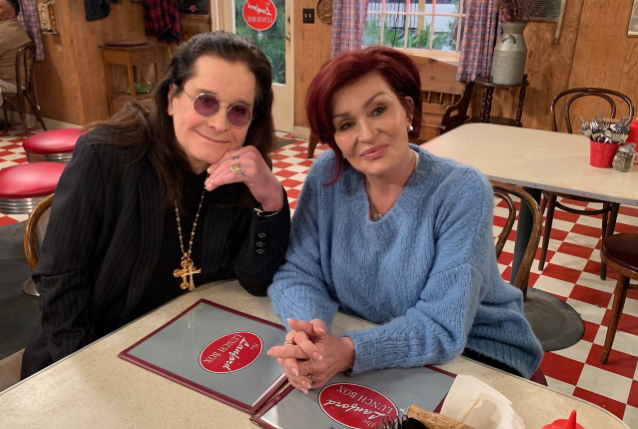 OZZY And SHARON OSBOURNE To Guest On ABC's 'The Conners'

Ozzy and Sharon Osbourne will guest as themselves on the March 17 episode of "The Conners". Titled "Beards, Thrupples And Robots", the episode sees Harris as the boss of Darlene after her mom, desperate for money, getting a job at Price Warehouse. Jackie decides to take her "thrupple" relationship with Ron and Janelle (guest stars Clark Gregg and Jennifer Grey) to the next level, and Ben gets teased after he shaves his beard to appear more clean-cut to potential advertisers for the magazine.

Guest starring are Jay R. Ferguson as Ben, Clark Gregg as Ron, Jennifer Grey as Janelle, Denisse Ojeda as Sheila, and Ozzy Osbourne as himself and Sharon Osbourne as herself.

"Beards, Thrupples And Robots" was written by Bruce Helford and Bruce Rasmussen and Dave Caplan and directed by Gail Mancuso.