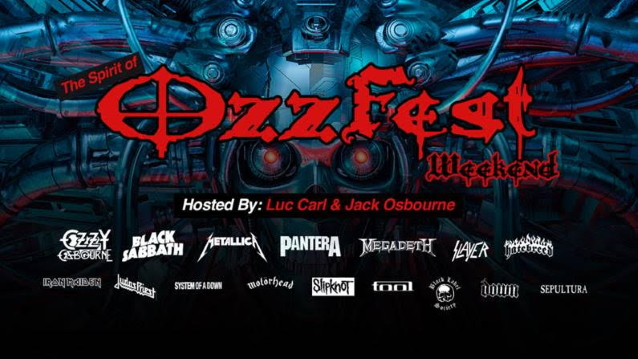 Most hard rock and heavy metal concerts have been canceled this year, but have no fear (and shed "No More Tears") because SiriusXM's Ozzy's Boneyard (Ch. 38) is bringing you an exclusive virtual "The Spirit Of Ozzfest Weekend".

Ozzfest started more than 20 years ago and was the first national music festival of its kind dedicated to hard rock music.

Over 17,000 concert-goers were in attendance for 2017's all-day Ozzfest, which was headlined by Ozzy, while Rob Zombie closed out the next day's Knotfest bill.

2017 was the second year Ozzy's Ozzfest had merged with SLIPKNOT's Knotfest for a two-day heavy metal juggernaut.