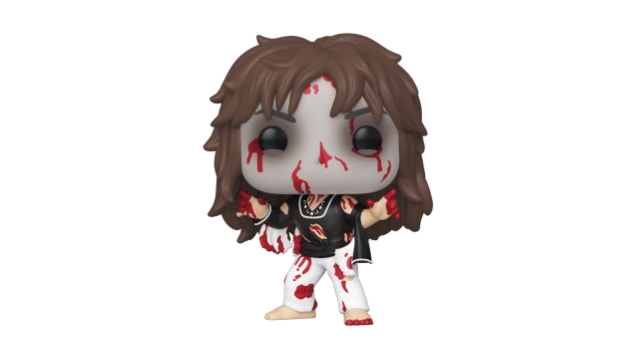 Never forget where it started, or the journey that unfolded along the way, by collecting this special Pop! Album of "Diary Of A Madman" which features a Pop! Ozzy Osbourne (as he's seen on the album's cover) and the album cover art packaged together in a protective case that can be hung on a wall.

The Pop! inside is secured to the case to keep your display looking pristine and undisturbed by all the heavy metal music and headbanging that's inevitable.

According to the Recording Industry Association Of America (RIAA),"Diary Of A Madman" was certified triple platinum in 1984 for more three million units sold.

Although the album's sleeve listed bassist Rudy Sarzo and drummer Tommy Aldridge as Osbourne's bandmates, the songs had, in fact, been recorded back in January and February of 1981 by departed bassist Bob Daisley and drummer Lee Kerslake.

On the album's 2002 reissue, the tracks originally played by Daisley and Kerslake were replaced by drummer Mike Bordin (FAITH NO MORE) and bassist Robert Trujillo (now in METALLICA) after Daisley and Kerslake sued Ozzy and Sharon Osbourne over royalties. They were restored for the 30th-anniversary editions.