The new Swedish/Greek supergroup ALLEGIANCE OF ROCK is a collaboration between guitarist Gus G. (OZZY OSBOURNE, FIREWIND), bassist John Levén (EUROPE), drummer Anders Johansson (HAMMERFALL, YNGWIE MALMSTEEN) and vocalist Mats Levén (CANDLEMASS, TREAT, YNGWIE MALMSTEEN). This all-star alliance will be united for the very first time at the Stockholm Rocks festival on May 7 at Debaser Medis in Stockholm, Sweden. The band will perform songs from the past, present and future of their own back catalogue and more.

Says a press release: "Prepare yourself for screaming guitars, thundering bass and drums and voices from another world."

In an interview with Hardrock Haven, Gus stated about his collaboration with Mats: "I met him in 2003 at a festival in Sweden where he was playing with . And I'm bit a fan of him since he saw on Yngwie Malmsteen's 'Facing The Animal'. So we met there and had a great time. And we became buddies through the years and jammed together. We always stayed in touch. And he's the guy whose I always wanted to do something with. And in 2010, I asked him to join FIREWIND because our singer couldn't come on tour with us. Mats has the advantage to be not only a singer but a songwriter and producer too." 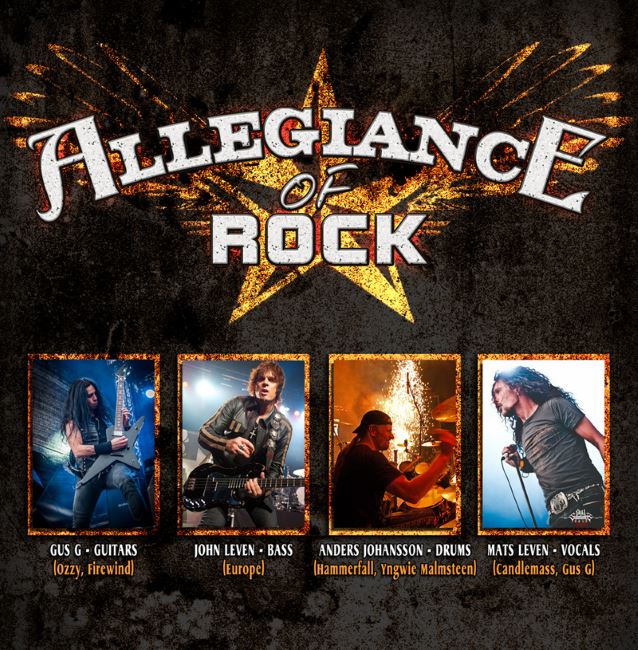