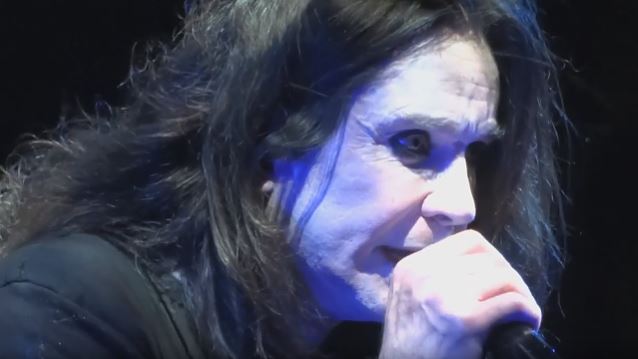 OZZY OSBOURNE Is In Favor Of Legalizing Marijuana

With Americans going to the polls on Tuesday (November 8),Ozzy Osbourne said in a new SiriusXM satellite radio interview that he supports legalizing marijuana, which is on the ballot in nine states this year. Ozzy explained: "It's only a leaf. There's more poison in tobacco. The good thing about legalizing it is the people who grow it illegally, they don't give a shit what they use to fertilize it. A dear friend of mine smoked that every day, he died of the worst throat cancer ever. But if it was governed by the government, they'd have deadlines: you can't mix this with that… You wouldn't get sick."

He added that he himself has been sober for four years, saying: "I haven't drunk for nearly four years, taken drugs or smoked a cigarette. I didn't want to die that early. All the guys I used to drink with are fucking dead."

Ozzy told The Pulse Of Radio a while back that it took him a long time to realize he could make music without using drugs. "I used to get so frustrated with myself," he said. "I mean, I thought that you had to get loaded to make songs. I just thought drugs and alcohol are probably the major inspiration of making music, which I truly believed that because I'd never made a record without using it. And I thought it was that was making me creative."

As for the big choice on Election Day, Ozzy said: "If I was American, I don't know who I would go for." But he added that Americans should still vote, saying, "If you don't like either one of them, go for the one you like a little bit more than the other… Whoever gets in, if you don't like Hillary [Clinton] or Donald Trump, whatever they do, it affects all of you."

Ozzy will play his final three U.S. concerts with BLACK SABBATH starting this week. The band will close out its touring career in early February.

The singer says he is already starting work on material for a new solo album, writing songs with former THE CULT bassist Billy Morrison and BILLY IDOL guitarist Steve Stevens.