Ozzy Osbourne is selling a long-sleeve T-shirt and matching face mask featuring the phrase "Fuck Coronavirus" along with artwork of a bat sporting a what appears to be a surgical mask.

The item was introduced just days after the World Health Organization announced that its research has found that the coronavirus SARS-CoV-2, which causes COVID-19, likely originated in bats.

For 72 hours only, the face mask will come free with the purchase of the T-shirt, which sells for $40 at Ozzy's webstore. Orders will ship in mid-May.

A description of the face mask cautions: "These masks are not medical grade and are not meant to take the place of the N95 masks."

Ozzy recently said that he will always be remembered for his infamous bat-biting incident.

The verdict? "It tasted all crunchy and warm... like a Ronald McDonald's." 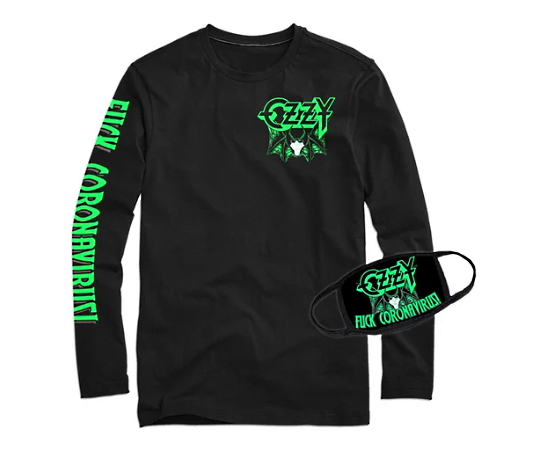