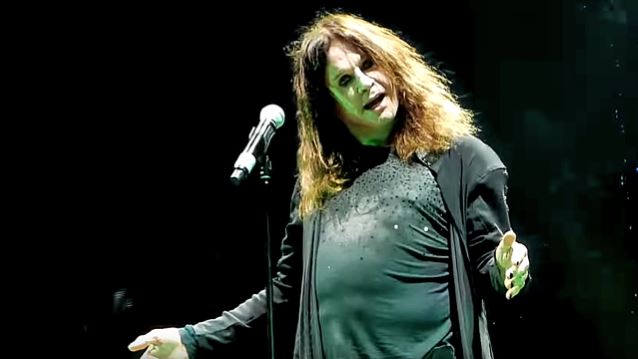 Ozzy Osbourne will headline the final night of this year's edition of the Moonstock, a four-day music festival celebrating the total solar eclipse. The event will take place August 18-21 at Walker's Bluff, a picturesque vineyard located in Carterville, Illinois.

The only other act currently confirmed for the festival is FIVE FINGER DEATH PUNCH, who will perform on Sunday, August 20.

On August 21, people from all across the country will flock to southern Illinois to witness a total solar eclipse, something that hasn't been visible in nearly forty years. On that day, at 1:20 p.m., at the exact time the solar eclipse will take full effect, Ozzy will play his classic song "Bark At The Moon".

"The fact Ozzy will be playing as the eclipse occurs is an awesome event in itself, but will be the culmination of a four-day festival," Doug Brandon, business development officer at Walker's Bluff, said in a news release.

"It's been a while since people have had an opportunity just to see an Ozzy concert, let alone an epic event like this, where when everything goes dark, he takes the stage," Brandon told WPSD. "And people are already excited about it."

To commemorate the event, Walker's Bluff will release a new wine, Solar Red. Solar Red will be packaged in a black bottle with an image of Ozzy and a total solar eclipse. It will be distributed nationally.

A message on the festival's web site states: "On August 21st, the US.. will witness a Total Solar Eclipse. An estimated 200,000 tourists will travel to southern Illinois to observe the point of greatest duration. On that day, at 1:20 p.m, you can experience the light turn to darkness as Ozzy Osbourne kicks off his concert with 'Bark At The Moon'. Moonstock 2017 — a four-day music festival celebrating the Total Solar Eclipse is taking place at Walker's Bluff, a picturesque vineyard located in beautiful southern Illinois."