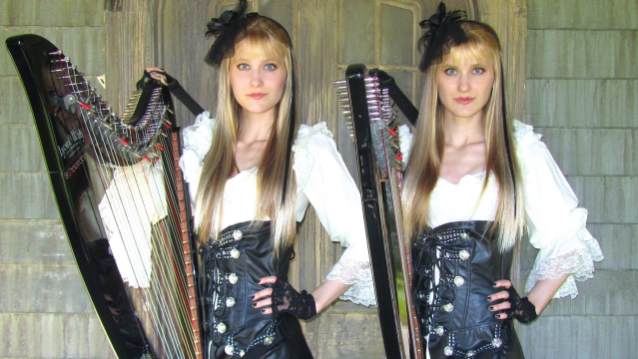 Identical twins Camille and Kennerly Kitt have covered the OZZY OSBOURNE classic "Crazy Train" as an electric duet harp arrangement. Check it out in the YouTube clip below.