PAIN, the Swedish band led by Peter Tägtgren (HYPOCRISY) will embark on the European tour in January/February 2009. Support on the trek will come from BROTHER FIRETRIBE, the Finnish AOR/hard rock band featuring NIGHTWISH guitarist Emppu Vuorinen.

According to PAIN, "David Wallin [drums] can’t be a part of this tour because of personal reasons. The name of the stand-in drummer will be announced shortly."

Peter Tägtgren recently offered a track-by-track breakdown of PAIN's forthcoming album, "Cynic Paradise", for the readers of the German edition of the Metal Hammer magazine. Check it out in English, German.

"Cynic Paradise" will be released on October 31 via Nuclear Blast Records. The follow-up to "Psalms of Extinction" (which was released in 2007 via Roadrunner) features "eleven gems offering a vast variety of styles and influences which are even new for PAIN," according to a press release. NIGHTWISH singer Anette Olzon makes a guest appearance on two tracks — "Follow Me" and "Feed Us". The artwork (see below) was created by renowned artist Travis Smith (AMORPHIS, OPETH, NEVERMORE).

"Cynic Paradise" will be available as a limited-edition digipack including a bonus CD.

Finland's HardcoreSounds.Net conducted an interview with Peter Tägtgren (also of HYPOCRISY) on July 18, 2008 at the Rockperry festival in Vaasa, Finland. Watch the four-minute chat below.

PAIN's video for the track "Zombie Slam" is available for viewing at this location. The clip was shot in February 2007 in Los Angeles by Ralf Strathmann. Ralf previously worked as a director for artists like CHILDREN OF BODOM, APOCALYPTICA and SOILWORK. He is also a photographer for such bands as HIM, AEROSMITH and BLINK 182, to name but a few. 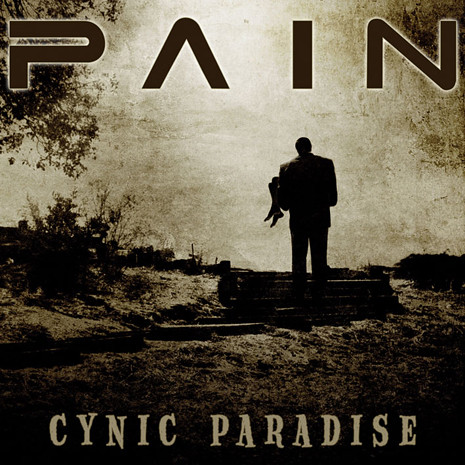