The PANTERA "Far Beyond Driven" 3D vinyl is currently in production and is now available for pre-order.

Officially licensed and released in a limited edition of only 1994, this unique 3D Vinyl statue is hand-painted, numbered and comes with a certificate of authenticity printed on the back of the collectible. Created to capture some of the most iconic images in album art, the PANTERA "Far Beyond Driven" 3D Vinyl is 9" (tall) x 7" (wide).

Only 1,994 are made. Each piece is hand-crafted. All collectible statues are officially licensed and made in a limited edition. This is a fine-arts process where each statue is hand-cast, painted and numbered. Each comes with a certificate of authenticity on the base of the statue.

3D Vinyl captures the great album art of the last several decades and brings that to you in a statue collector series.

The 20th-anniversary reissue of "Far Beyond Driven", which still stands as the heaviest LP to debut at No. 1 on the Billboard chart, was made available in 2014. Singer Philip Anselmo told TV Rock Live about the chart achievement: "I don't think any of us had any idea at all that we would have a No. 1 record or anything like that. As a matter of fact, when I was first told about it, I didn't even believe it. My dad told me. 'Hey, son, your record's No. 1.' I was, like, 'You're drunk.' But then I found out later, of course, it was true."

PANTERA singer Philip Anselmo told ARTISTdirect.com about the making of "Far Beyond Driven": "I think, at that time, we were all very much on the same page, so to speak.

"PANTERA had a lot of success before I was in the band. When I first joined the band, I was singing fucking tracks on 'Power Metal' after two weeks of being with them. Then, we wrote 'Cowboys From Hell' all throughout the rest of 1987 and 1988. We had been playing those songs live. We had been through a lot up to the point as far as personalities go and getting to know each other.

"Becoming a trusted member and true singer for this band was a process to where I didn't have the rest of the band peeking over my shoulder like, 'What are you writing about?' By the time I got to 'Far Beyond Driven', it was, 'I'm going to write what the fuck I'm going to write.' So, I was very comfortable at the time. I guess the rest of the guys were like, 'Leave Phil alone. Let him do his job.' [Laughs] It felt so fucking natural."

Asked if those "Far Beyond Driven" sessions were particularly intense, Anselmo said: "Well, I knew that's what I wanted. There was a lot of speculation out there about what type of record we were going to make. I definitely had a chip on my fucking shoulder because there was no way in hell I was going to go the fucking commercial route. At the time, I think we were very aware of other heavy metal bands that had found a little bit of fame and taken that 'commercial route,' so to speak, with their music. I very much instilled that there was no fucking way I was doing that into the other guys. I think they were on board quite a bit. It's like when you have a favorite band, you follow their entire career, you wait anxiously to buy their new record, you open up it, you put it on, and it's a letdown. That's a shitty feeling. We knew what our fan base wanted. We were very focused on delivering what our fan base had come to know and come to know of us. A lot of people like to say we did things in reverse. Meaning, we didn't start out this heavy fucking band and get more commercialized. It was kind of the other way around. That was the main focus there. When I laid my vocals on that fucking record, I wanted people to feel the fucking spit on their faces coming out of the speakers. [Laughs] I meant every fucking second." 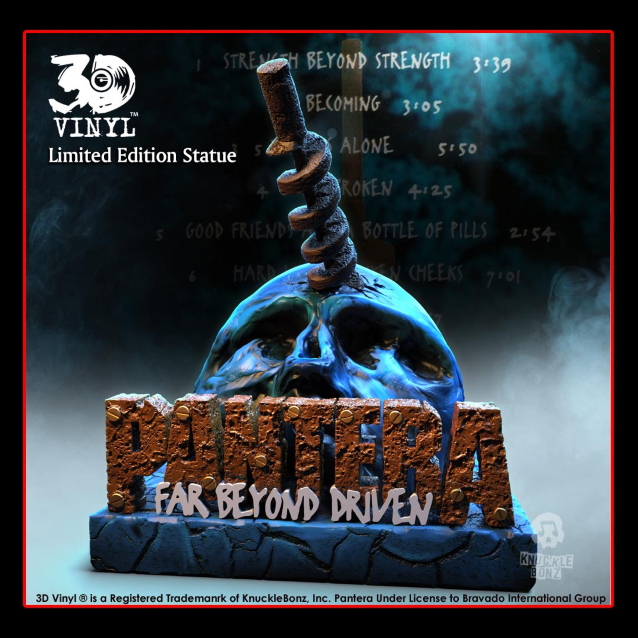