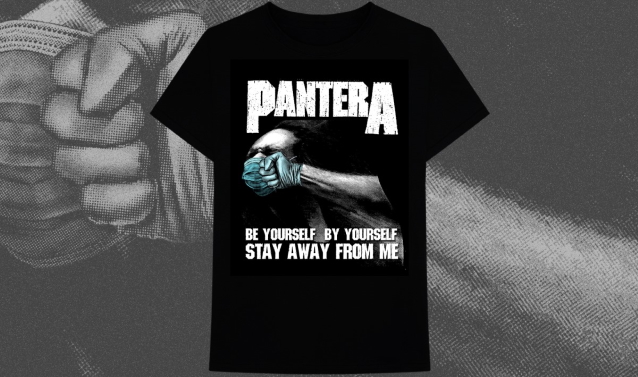 PANTERA has released a limited-edition social distancing t-shirt based on the cover of the band's classic album "Vulgar Display Of Power". 40 percent of the net proceeds generated from the purchase of the shirt — which features the "Walk" song lyrics "Be yourself, by yourself, stay away from me" — will be donated to the MusiCares COVID-19 relief fund.

Experts say "social distancing" is the best way to curtail the spread and dampen the impact of the coronavirus on the population.

The Centers For Disease Control And Prevention defines "social distancing" as the act of "remaining out of congregate settings, avoiding mass gatherings and maintaining distance (approximately 6 feet) from others when possible."

Limited Edition Social Distancing T-shirt available now. 40% of the net proceeds generated from the purchase of this...