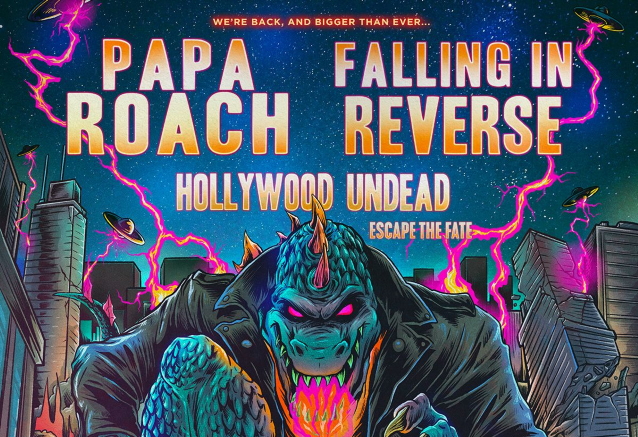 Following their wildly successful co-headline "Rockzilla" tour, PAPA ROACH and FALLING IN REVERSE are back and bigger than ever, bringing fans a thrilling sequel. The second leg of the "Rockzilla" tour, featuring special guest HOLLYWOOD UNDEAD and opener ESCAPE THE FATE, will kick off in Rochester, New York on February 1 and will include stops in 21 cities across the U.S.

VIP tickets and various pre-sales kick off today at 12 p.m. ET, followed by a fan presale tomorrow at 10 a.m. local. Tickets will be on sale for the general public starting this Friday, December 9 at 10 a.m. local.

"The first round of the 'Rockzilla' tour was such a great time that we had to keep the party going," shares PAPA ROACH frontman Jacoby Shaddix. "We can't wait to be back on the road with these talented bands and share an evening of non-stop rock with even more friends around the U.S. and Canada."

PAPA ROACH will be traveling abroad next year for a string of U.K. dates with DON BROCO and DANCE GAVIN DANCE, followed by summer festival appearances in Europe with more set to be announced. The band's new music video, "Ego Trip", will be released this Friday, December 9. The clip was filmed earlier this year at House of Vans in Mexico City, where fans were given an exclusive chance to hear PAPA ROACH's new album, "Ego Trip", in full before its release in May.

After two years of work and nearly 10 months of building up excitement with fans, PAPA ROACH recently celebrated the release of their eleventh studio album, "Ego Trip". An album that sprouted almost by mistake in the throes of a global lockdown, its seeds were planted when the quartet entered a COVID-secure mansion in Temecula, California in the summer of 2020. What started as an escape and an exercise in keeping the creative juices flowing, in a world that had completely ground to a halt, quickly grew into something bigger. Purposeful, provocative, and just the right side of the line between confident and cocky ("I really hope [the album title] stops a few people in their tracks," cackles Shaddix),"Ego Trip" is PAPA ROACH — completed by guitarist Jerry Horton, bassist Tobin Esperance and drummer Tony Palermo — at its boldest and most brilliant.

PAPA ROACH are two-time Grammy-nominated, platinum-selling leaders in alternative hard rock music, who in 2020 celebrated the 20th anniversary of their iconic album "Infest". 20 years into their career, the band continue to have global success.

Platinum-selling rock band FALLING IN REVERSE, lead by outspoken and charismatic singer Ronnie Radke, have been dominating the radio and streaming space in this new decade. The band, which formed back in 2008 and built itself as a mainstay of the "Warped Tour" scene while gracing many Alternative Press covers, has seen its latest single "Zombified" hit No. 1 on Billboard's Hot Hard Rock Songs chart. The band has also been generating nearly 50 million total streams per month. FALLING IN REVERSE's previous chart-topping single "Popular Monster" earned platinum RIAA status. The track is truly a juggernaut and is a watershed moment for the band. "Popular Monster" has been streamed nearly half-a-billion times and has emerged as one of the biggest anthems of the past several years. It enjoyed a multi-week stint at No. 1 on the rock radio charts, landing in the top spot on the Mediabase Active Rock Chart, Billboard's Hot Hard Rock Chart, and the Nielsen Rock Chart, and marked the first No.1 single of the band's career. It followed the gold certification of the band's 2011-released debut album "The Drug in Me Is You" and a sold-out anniversary tour. During the shutdown that was a result of the COVID-19 pandemic, Radke quickly established himself as one of the most popular musicians streaming on the Twitch platform. In winter 2022, the band returned to the road and embarked on the sold-out "Live From the Unknown" tour, further cementing its status as one of the top live draws in the genre. FALLING IN REVERSE have continued to catch the eye of the press, with their career arc being spotlighted by top-tier, tastemaking publications such as Forbes, Billboard, The New York Times, Pitchfork and beyond. 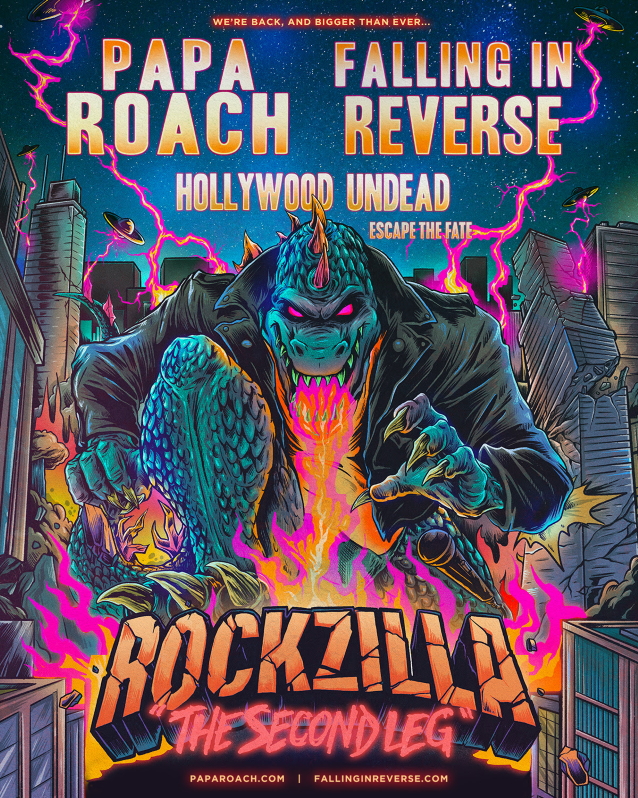 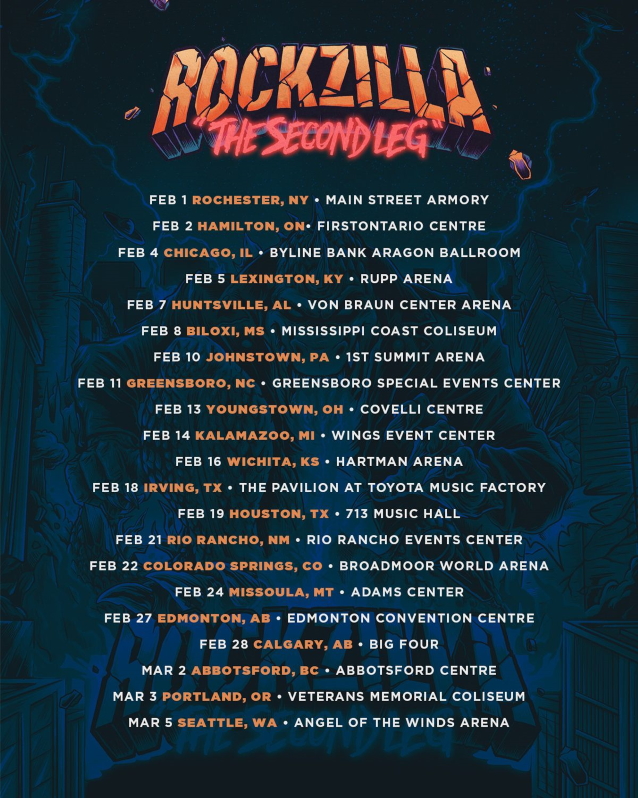