PAPA ROACH Drummer On 'Who Do You Trust?' Album: 'This Is One Of Our Most Eclectic Records We've Ever Done'

PAPA ROACH drummer Tony Palermo talked to the FMX radio station about the band's upcoming 10th studio album, "Who Do You Trust?", which will be released on January 18 through Eleven Seven Music. The 12-song disc features the band's signature heavy rhythmic guitars and catchy hooks on "Who Do You Trust" and "Renegade Music", with "Not The Only One" supplying melody and emotionally charged lyrics. The album is produced by Nick "RAS" Furlong and Colin Cunningham except for "Top Of The World", which is produced by Jason Evigan.

Speaking about PAPA ROACH's knack for reinventing itself on almost every album, Tony said: "We sort of paved this way, and we're evolving just as naturally, I think, as we can. And what we feel in the studio, it's coming out really well, man. We're super excited. We've been working with a couple of new producers on the last record, and we brought them in again for this new one. It's just a super-creative process with them in the studio. They get us energized, and we throw things at them. It's great, man."

He continued: "We're constantly influenced by things around us, and we try to create things that are a little bit different from the last things we've done. I think, to date, this is probably one of our most eclectic, if not the most eclectic record we've ever done. It's like its own playlist."

Asked if PAPA ROACH ever comes up with a piece of music and says "this is too old school" before discarding it, Tony said: "We try everything, and if it just doesn't feel right… At the end of the day, when we're done writing all the songs, they have to fit with each other. One can't stand out too much to where it's too old or too futuristic, or whatever. There's gotta be a flow to the whole sequence of the record, so we definitely concentrate on that."

Frontman Jacoby Shaddix described the musical direction of the new PAPA ROACH songs to the Lazer 103.3 radio station as "a pretty bold evolution," saying that the tracks are "so inspiring and just unique and different and rocking and anthemic and passionate."

PAPA ROACH has announced a special run of five shows in its home state of California to celebrate the "Who Do You Trust?" release. The group will close out this run with three very special shows at the landmark West Hollywood venue The Roxy, presented by SiriusXM.

PAPA ROACH will join SHINEDOWN and ASKING ALEXANDRIA on the 2019 North American leg of the "Attention! Attention!" world tour. 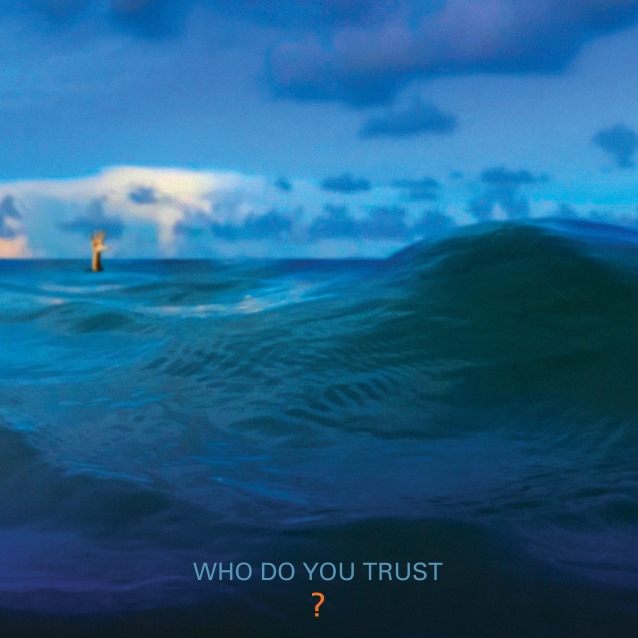