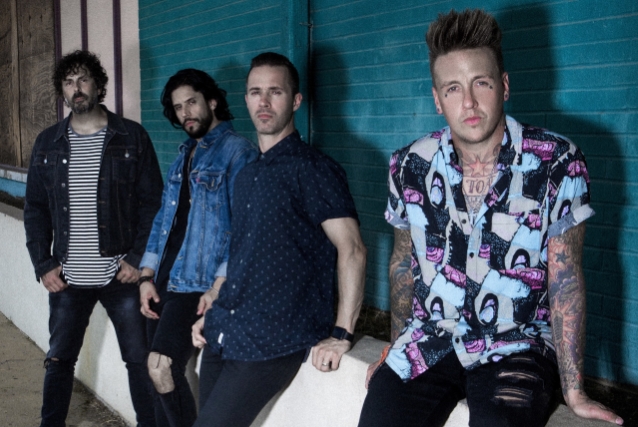 PAPA ROACH guitarist Jerry Horton was interviewed by Kaytie of "Cutter's RockCast" at this month's Sonic Temple Art + Music Festival, which took place in Columbus, Ohio. You can now listen to the chat using the Spreaker widget below.

Speaking about how the members of PAPA ROACH have managed to stay together for so long, Jerry said: "I think that we like each other, so that helps. We are friends — it's not just a business — and we do hang out. And we respect each other's space. And yes, we do have disagreements, we do have arguments, but we know we're in it for the long haul, and we're not just gonna blow up and say, 'All right. I'm out.' We listen to each other, and we've figured out a way, I think, to really have the discussions without just digging into people. We're lucky, for sure."

The band's second full-length record and first major label release, "Infest" peaked at No. 5 on the Billboard 200 chart and has been certified triple platinum for sales of three million copies in the U.S. alone. It featured the massive hit single "Last Resort".

PAPA ROACH's latest album, "Who Do You Trust?", arrived in January.

Listen to "Rockcast at Sonic Temple - Jerry Horton of Papa Roach" on Spreaker.