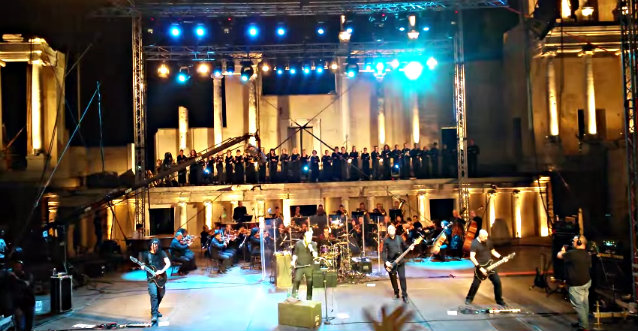 British gothic metal pioneers PARADISE LOST performed with an orchestra on September 20 at the Roman theatre in Plovdiv, Bulgaria. For the one-off concert, the band was joined by the renowned Plovdiv Philharmonic Orchestra founded nearly 70 years ago and made up of over 100 highly qualified musicians. The orchestra has its roots in the hundred-year-old orchestral tradition in Plovdiv and over the years has launched the careers of many world-famous conductors.

Said the band prior to the event: "We have recorded elements of orchestration many times in the studio over the last two decades, as many of our songs lend themselves well to classical arrangement. However, we have never before had the chance to play with a real orchestra in a live situation, so it's very exciting to have the opportunity to play with Plovdiv Philharmonic and in such a prestigious location as the Roman theatre."

Bulgarian TV coverage, as well as fan-filmed video footage, of the performance can be seen below.

PARADISE LOST drummer Adrian Erlandsson revealed to Greece's Rock Overdose that there are "about nine songs" ready in demo form for the band's next studio album and "they're quite a lot heavier" than those on PARADISE LOST's last CD, 2012's "Tragic Idol". He added: "I think some people will be surprised."

Asked what style of vocals PARADISE LOST singer Nick Holmes will adopt on the band's next album, Adrian said: "I can't say, 'cause it's only demos [that have been recorded] so far. I think there will probably be a mixture, but it will, in parts, probably, possibly be heavier than 'Tragic Idol'. But you don't know until it's been recorded [properly]. Okay, there may be one thing on the demos, but when you come to do the album, it becomes something else." 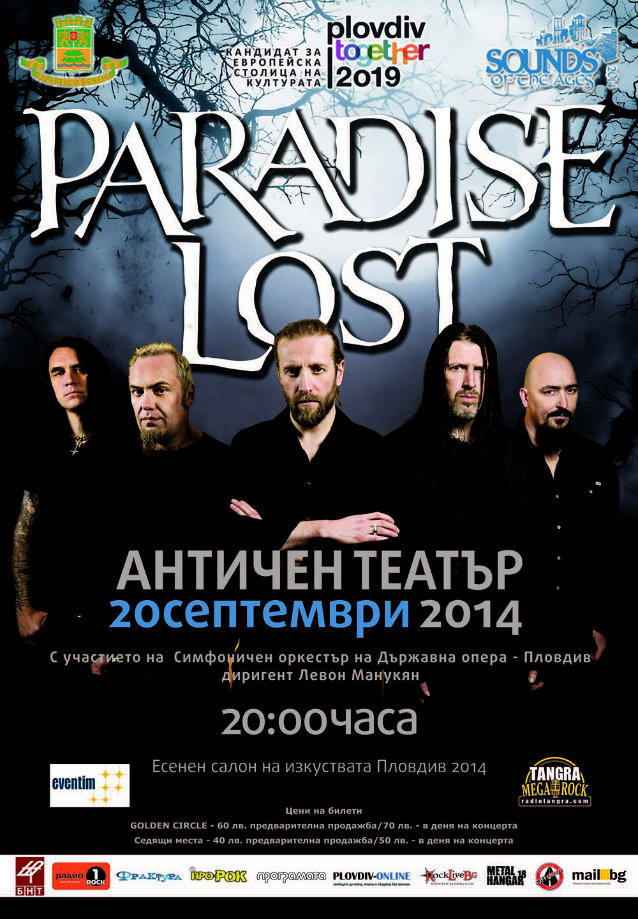