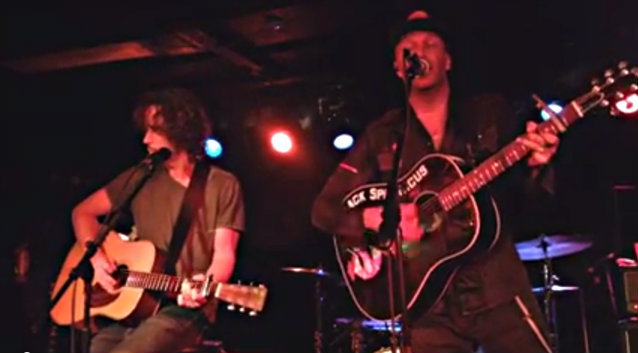 SOUNDGARDEN singer Chris Cornell made a guest appearance last night (Friday, September 26) during a performance by his former AUDIOSLAVE bandmate, guitarist Tom Morello, at the El Corazon in Seattle. Morello's acoustic set was part of a benefit concert for 15 Now, the grassroots organization that successfully fought for a $15 minimum wage in Seattle.

Video footage of the performance — courtesy of "Iron" Mike Savoia of Savoia Photography Live — can be seen below.

Cornell and Morello had not performed live together since Cornell left AUDIOSLAVE and the band broke up in 2007 after three studio albums.

In a 2007 interview, Cornell spoke about the AUDIOSLAVE split, saying: "Tom and I did have communications about the fact that I was gonna go make a record, and that I was tired of what ended up seeming like political negotiations toward how we were gonna do AUDIOSLAVE business and getting nowhere with it. We had back-and-forths about that, and we also as a band sat in a room with other people trying to work this out on numerous occasions, and it wasn't really happening."

AUDIOSLAVE also featured RAGE AGAINST THE MACHINE bassist Tim Commerford and drummer Brad Wilk. The band's albums were a 2002 self-titled debut, 2005's "Out Of Exile" and 2006's "Revelations".

After AUDIOSLAVE broke up, Morello, Commerford and Wilk reunited with singer Zack De La Rocha and began playing again as RAGE AGAINST THE MACHINE in 2007, although the group has not performed live in three years. 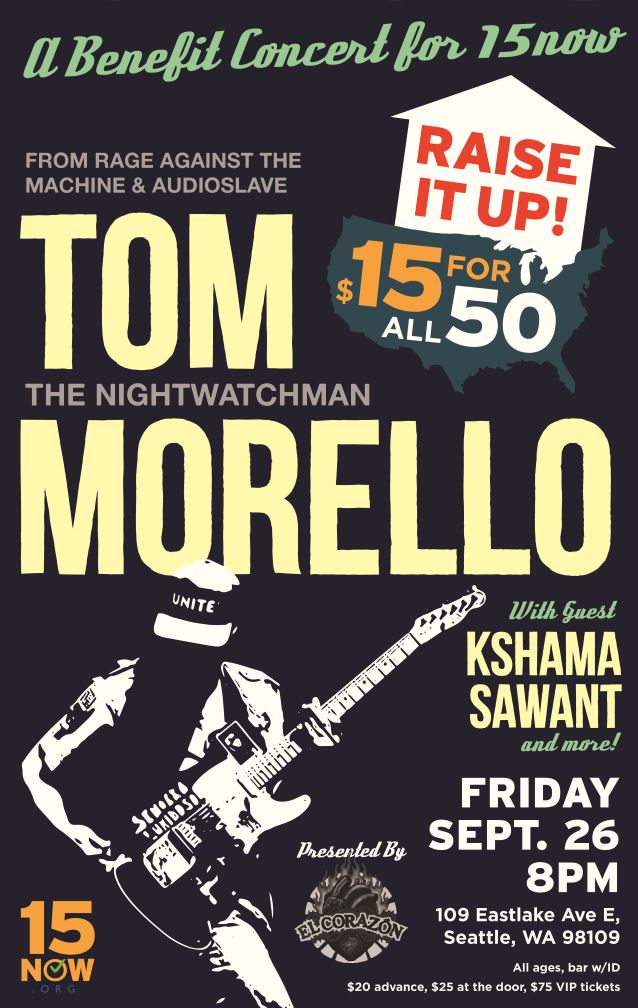