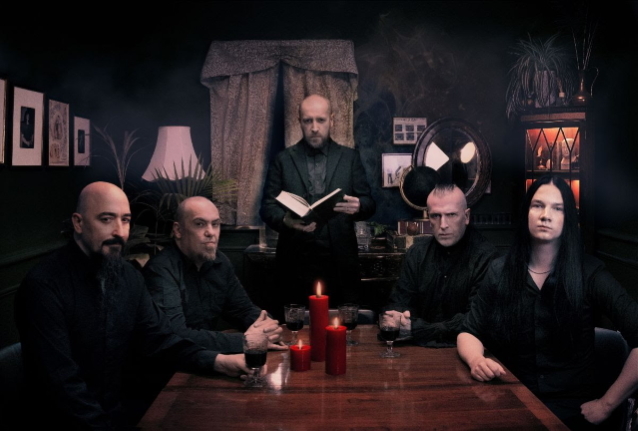 PARADISE LOST To Release 'At The Mill' Blu-Ray

Last fall, British metal legends PARADISE LOST exorcised the demons and ghosts of a dreary dry spell without concerts and thrilled the world with their stunning livestream "At The Mill". Today, the band is proud to announce the captured testimony of this special night to be relaeased as live album on July 16.

Captured at The Mill nightclub near the band's hometown in Yorkshire, England, the recording of the Blu-ray was directed by Ash Pears, who previously worked with the band on their music videos for "Medusa" and "Obsidian". Mixed by Les Smith and mastered by Jaime Gomez Arellano, the audio version of the show will be available in various formats including CD, Blu-ray and different vinyl colours.

To bring back first bittersweet memories from better days when concerts were still a thing, the band releases a haunting yet beautiful live version from "Darker Thoughts" that you can watch below.

"Due to the ban on live music, we, like many other bands, have had to adapt and do something we never thought we'd have to do," reflects guitarist and songwriter Greg Mackintosh. "No, not stacking shelves in Aldi like METALLICA, but playing a show at a disused mill in Yorkshire with no one else there. We decided against trying to pretend there was an audience in the room with us, opting instead for a rather moribund version of a live lounge show. Whilst never being pleased with anything, we were however slightly less miserable at the result. It was also almost fun playing some of our new album 'Obsidian' within the set for the first time too. We can now announce that we will be releasing this show as an official CD/Blu-ray and vinyl imaginatively entitled 'At The Mill'."

Singer Nick Holmes told Invisible Oranges about "Obsidian": "The last album [2017's 'Medusa'] was very much a specific attempt to make a death-doom metal album. That was absolutely the intention with the last album where we didn't want to wander too far off. I guess any time we start to write a new album, the last one is the model we look at for where to go next, and bearing that in mind, we just thought we'd vary this one up a little bit. Actually, the first song we wrote, 'Fall From Grace', is very reminiscent of the last album. From there, you kind of get a vibe for where you're going after about three songs. I suppose these sorts of influences from different eras are in this album, but I think it's very, very much a PARADISE LOST album. I have no doubt about that. I also think it's a very, very dark album as well. In many ways, darker than the last one, even if it's not as heavy. I think we don't wander too far away from what we're known for, but we still added a few new kind of gothy extra bits which we haven't done for a while. Perhaps a more gothic slant in a couple of songs." 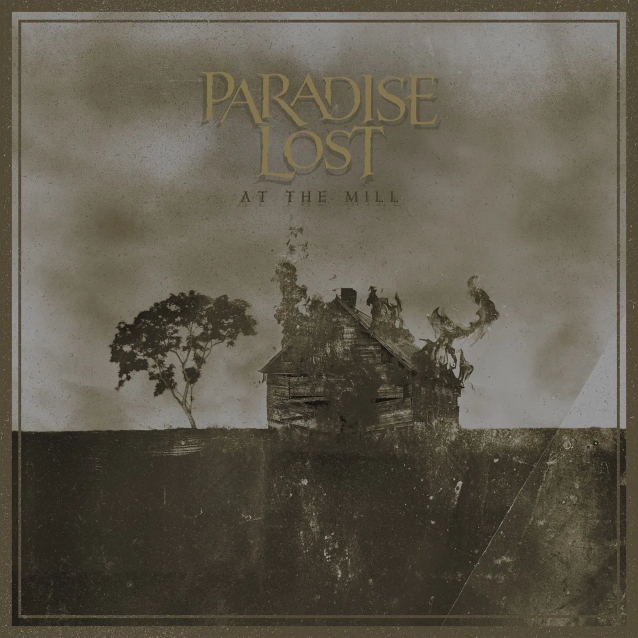