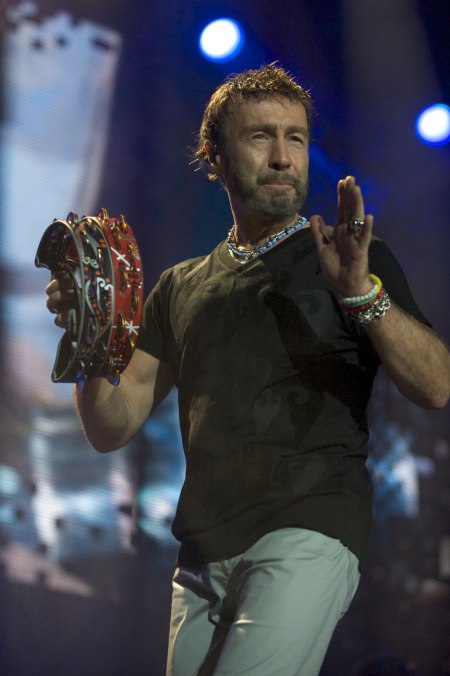 "Gary was a friend and a truly great man. I respect that he played the game his way... no time for B.S. He was focused and passionate about music and was one of the best.

"The last time that I jammed with Gary, he came on as my special guest at London's Royal Albert Hall and proceeded to take it to another level... the place imploded! When he played, he was a man on fire.

"If there hadn't been an ocean between us and Gary didn't mind flying, we absolutely would have created more together.

"We've lost a great British blues man and I am very, very sad."

According to Mirror.co.uk, Moore died of a suspected heart attack, a postmortem revealed yesterday (Monday, February 7).

Moore died in his sleep Sunday morning, hours after checking into the five-star Kempinski Hotel in Estepona on the Costa del Sol, Spain with an unnamed female friend. He was 58 years old.

While forensic experts are satisfied Moore died from natural causes, they requested further tests on tissue samples taken from his body ahead of a final report.