In a brand new interview with Guitar World magazine, KISS guitarist/vocalist Paul Stanley spoke about the musical working relationship he had with the band's original lead guitarist, Ace Frehley, during the group's early days.

"What we had at the beginning was magical," Paul said. "Not because we were virtuosos. Magic in rock and roll isn't dependent on virtuosity. Ace and I played great together. But in my mind, it's a crime what Ace did. He threw away incredible potential and talent. The Ace I played with when the band first started out was a comet. And not [Frehley's late-Eighties band] FREHLEY'S COMET! But he was burning bright and really had the ability — and this would rub him the wrong way — to be a real contender. But he stopped practicing. He got involved with a whole lot of things that really diluted and diminished his craft. I saw that comet grow dim."

Stanley also talked about the period, at the turn of the Eighties, when Ace and drummer Peter Criss were on their way out, and bassist/vocalist Gene Simmons was off trying to make a name for himself in Hollywood. Asked if he felt like he was on his own in KISS around this time, Paul said: "Totally. Absolutely. I didn't feel it. I was. There wouldn't have been a band without me. Because when your partner is off doing all kinds of questionable side projects and not only taking time but also involvement away from the band, sure. For me, it ultimately came down to, I love what I do; I don't want this to end. So I decided to bail water, for my own survival."

He added: "It certainly was more lonely and more stressful to know that the only person who was going to get us through the icebergs was me. But I didn't mind that. I only minded the fact that I was still splitting the income and royalties as though I had a partner. That bothered me. The fact that I was running things? Honestly, that's probably what got us through that decade."

Stanley and Simmons recently announced that no members of KISS will be playing at the April 10 Rock And Roll Hall Of Fame induction ceremony in Brooklyn. Their statement came on the heels of Frehley explaining to fans that neither he nor Criss are invited to play with Simmons and Stanley.

Frehley told the Los Angeles Times via e-mail: "My guitar playing, singing, writing, performing and producing skills are as good or better than the past.

"For years, Gene and Paul have been trying to minimize my contributions to the band, even though I designed the famous KISS logo … and designed the trademarked makeup for the Spaceman character."

Simmons and Stanley have chosen to have the rest of the current KISS lineup — guitarist Tommy Thayer and longtime drummer Eric Singer — dress up as Criss' and Frehley's respective "Spaceman" and "Catman" personas (designs owned by Simmons and Stanley). 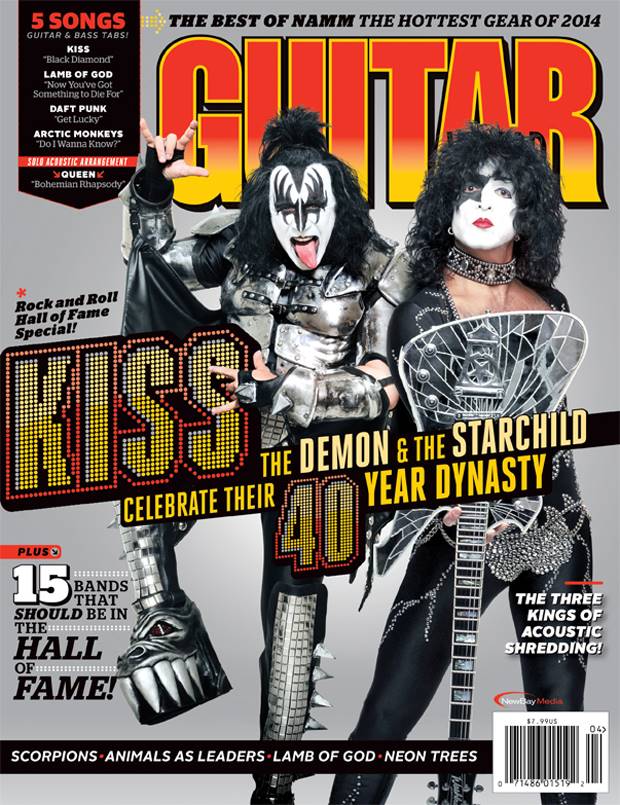