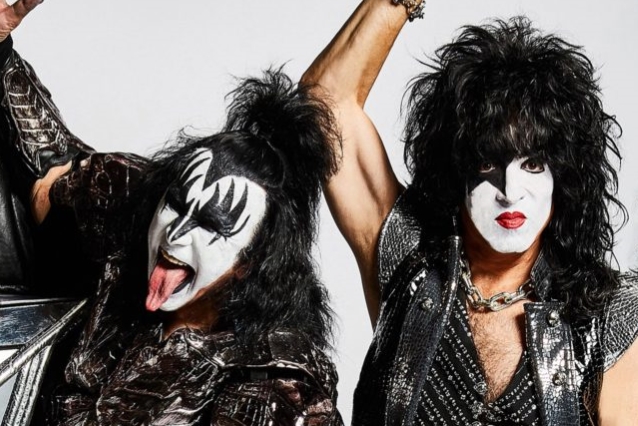 PAUL STANLEY: GENE SIMMONS 'Is The Closest Thing I've Had To A Brother'

In a brand new interview with the Arizona Republic, Paul Stanley spoke about his continued partnership with fellow KISS co-founder Gene Simmons — this despite their seeming like extremely different types of people. Asked how they've managed to keep working with each other for so long, Stanley responded: "I think maybe because of our backgrounds and our stock in terms of heritage or whatever. We believe in working hard for what we're given. We're not slackers. I also believe we've built a relationship on trust and a relationship on respect for each other. It doesn't mean we haven't fought or had our moments. But so do brothers. And I think Gene is the closest thing I've had to a brother. I can count on him in any situation. He's been there for me and I will always be there for him."

Having said all that, Stanley continued: "That doesn't negate the fact that we are very different people in how we react or respond to things. Or what we say. Do I agree with a lot of things he says or certain things he does? Of course not. Do I like certain behavior? No. But that's not what our relationship is about. Nor does it need to be. We are different people. But at the core of it, there are some basics that are very in tune with each other. And I think the years together have only cemented us that much closer."

In his 2014 memoir, "Face The Music: A Life Exposed", Stanley insisted that his relationship with Gene has slowly improved over time. But Stanley also wrote: "[Gene] chose to ignore his underlying issues and instead committed himself to creating an external façade and persona that, unfortunately, he felt required to knock down anyone who threatened his singularity in the spotlight." He also dismissed the notion that Simmons is some kind of financial genius. "Gene's most successful venture in business was promoting the perception that he was a savvy businessman," Paul wrote.

Last month, KISS kicked off its second farewell tour, dubbed "End Of The Road", which could last three years. The first leg of the global trek wraps April 13 in Birmingham, Alabama.