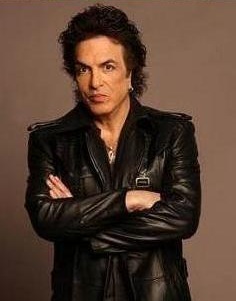 PAUL STANLEY On DICK CLARK: 'We Won't Forget Him'

KISS guitarist/vocalist Paul Stanley was among the biggest names in TV and radio who joined together at Dick Clark's Malibu, California home yesterday (Thursday, May 3) to pay tribute to the rock 'n' roll icon and TV and radio pioneer who passed away on April 18.

Commented Stanley: "Yesterday, the private memorial for Dick Clark took place, and I was there by invitation along with Erin [Stanley's wife], Gene [Simmons, KISS bassist/vocalist] and Shannon [Tweed, Gene's wife].

"Dick was a true icon who changed the world of rock and roll while making a career of using his love of music to make icons of others.

"To see rock's greats spanning five decades humbled and giving thanks to this giant only underlined once again the impact this wonderful man had on so many.

"Any of the current 'Idol'/'Voice'-type shows wouldn't exist without the trail that Dick Clark blazed to make them possible. He left an indelible mark on me for the irreplaceable generosity he showed KISS over the years. Always there with a word of guidance, we won't forget him. He will live on through his impact on countless aspects of American pop culture."

Clark died of a heart attack in Santa Monica, California at age 82. According to The Pulse Of Radio, Clark's death came a day after being admitted for an outpatient procedure. Clark, affectionately known as "America's Oldest Teenager," is survived by his wife Kari, and his three children Richard Augustus II, Duane, and Cindy. Memorial plans have yet to be announced.

Over the course of the show's 30 years, artists who performed on "American Bandstand" included the BEACH BOYS, THE DOORS, MADONNA, and literally hundreds of others.

In 1964, "American Bandstand" moved to Los Angeles, where it would remain until 1989 when the show was canceled.