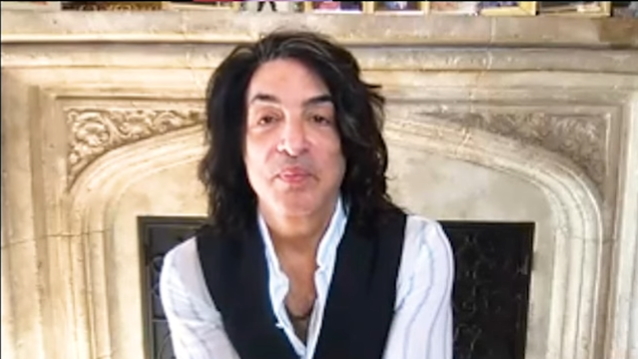 PAUL STANLEY On Why 'End Of The Road' Is KISS's Final Tour: 'It's Just Not Possible To Continue Doing This The Way We Do It'

KISS frontman Paul Stanley recently spoke to SiriusXM's Volume about the band's farewell tour, which originally kicked off in January 2019 and is now scheduled to last well into 2022.

He said (see video below): "Well, the 'End Of The Road' tour has been amazing in that we've managed to put together a higher technology than before in our shows.

"Look, no matter who you see on tour — bands or entertainers; whoever you go to see — you're seeing a KISS show. Because KISS DNA is in everything that's done nowadays," he explained. "So, for us, it's really a matter of always putting our stamp on it. You can always have a KISS show, but you don't get KISS. I think there's a big difference.

"We're really at the top of our game right now, and it really seemed the right time to — I don't know — maybe take a victory lap and enjoy seeing the world with all the people who've made this possible. Kind of celebrating what this band has been and what the fans have been to us and vice versa."

Regarding the fact that this will be fans' final opportunity to see KISS perform live, Stanley said: "Look, if we were wearing t-shirts and jeans, we could play into our 90s. But we're wearing 40-plus pounds of gear and running around like an Olympic marathon. So it's just not possible to continue doing this the way we do it.

"Look, when something comes to an end, people have a tendency to say, 'If I had only known…' Well, now people know, and the turnouts have not only been great, but the shows have been phenomenal and the reviews have been great. And it really has been a special night for us. Also to kind of validate for these people why they've stood by us. And for the people who are seeing us for the first time, you have a lot of people going, 'Gee, I wish I'd joined the party earlier.'"

KISS was forced to put its farewell tour on hold earlier this year due to the COVID-19 pandemic.