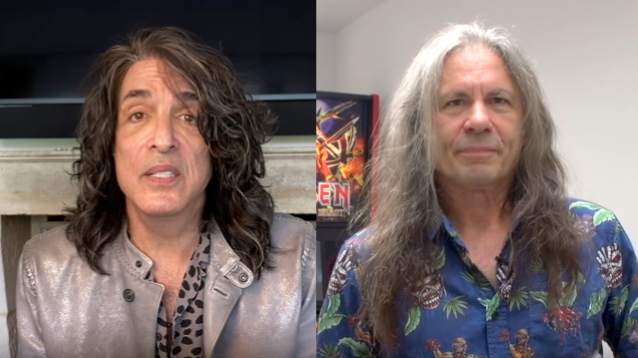 KISS frontman Paul Stanley says it is "insanity" that IRON MAIDEN has yet to be inducted into the Rock And Roll Hall Of Fame.

After BLABBERMOUTH.NET published an article earlier today noting that MAIDEN is continuing to trail Tina Turner, Nigerian Afro beat pioneer Fela Kuti and THE GO-GO'S in the fan vote for this year's Rock And Roll Hall Of Fame induction class, Stanley took to his Twitter to share the story and he included the following comment: "Regardless of whether it matters to them, MAIDEN not being in the @rockhall of Fame is INSANITY. Regardless of who is writing in or not, the Committee must induct them. They have helped spawn an entire genre of music. What else do you need to do?? @IronMaiden"

Regardless of whether it matters to them, Maiden not being in the @rockhall of Fame is INSANITY. Regardless of who is writing in or not, the Committee must induct them. They have helped spawn an entire genre of music. What else do you need to do?? @IronMaidenhttps://t.co/gGKmYYpbWE