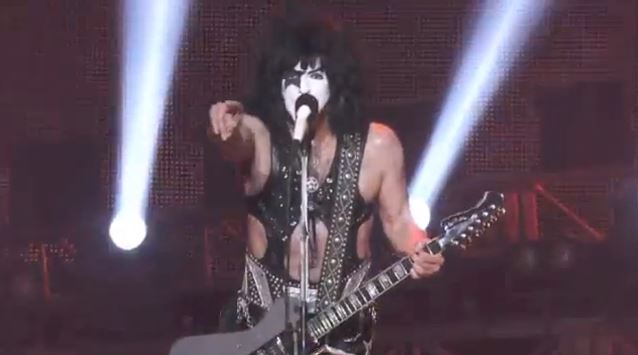 KISS guitarist/vocalist Paul Stanley says that it "seems unlikely" that the four original members of the band will perform together at next April's Rock And Roll Hall Of Fame induction.

Answering a question from a fan on Twitter about whether there are any plans yet on wearing makeup with former KISS members Ace Frehley (guitar) and Peter Criss (drums) at the Rock Hall induction, Stanley said: "No way."

Stanley was also asked if he, bassist/vocalist Gene Simmons, Frehley and Criss were going to perform together at the Rock Hall. "Seems unlikely," he replied.

The Rock Hall producers are leaning on the original members to perform in full costume. During a recent radio interview, Frehley joked about needing to lose weight and shave his goatee for the performance — but remained adamant that current guitarist Tommy Thayer, who performs using Frehley's "Spaceman," persona cannot be in costume that night.

Frehley explained: "You can't have me and Tommy both in makeup... I don't have a problem with Tommy and [current drummer] Eric [Singer] being there out of makeup if I'm in makeup, because they're a big part of KISS today. [But] they had nothing to do with the beginning of KISS, or the designs or the costumes or the makeup... This is about the celebration of KISS and how it all began and started, and it should be honoring the four original members."

He went on to say: "If those guys wanna come up and do 'Rock And Roll All Nite' with the whole cast of the show, y'know, that would be a great thing. They deserve a little."

The Pulse Of Radio asked Stanley to give some sort of hint as to what shape KISS' induction performance will look like come April 10 in Brooklyn. "What will happen at the Barclays Center? I couldn't tell you," he said. "But I will tell you, without hesitation, that it will be unapologetically and proudly KISS." 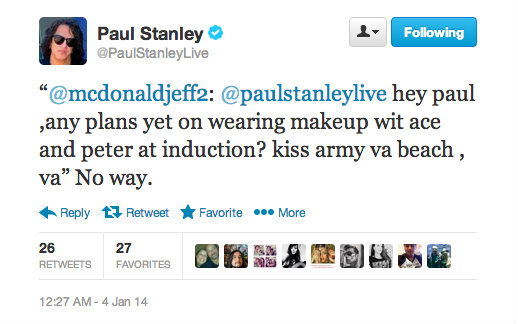 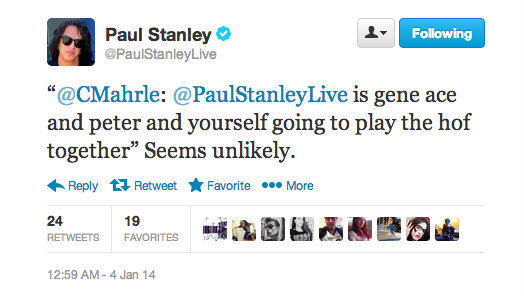