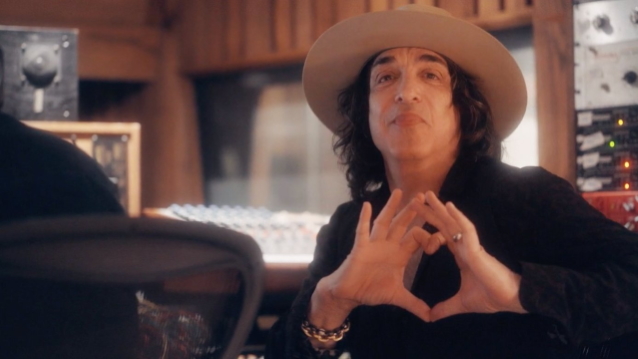 KISS co-founder and frontman, best-selling author and Rock And Roll Hall Of Famer Paul Stanley will release the debut album from his SOUL STATION project on March 19 (postponed from previously announced March 5) via Universal Music Enterprises. A collection of nine classic soul covers and five original tracks, "Now And Then" will feature the band's acclaimed version of THE FIVE STAIRSTEPS' "O-o-h Child" as well as SOUL STATION's take on THE SPINNERS' "Could It Be I'm Falling In Love", which can be streamed below.

Stanley has spent the last few years developing this project close to his heart. SOUL STATION is a band gathering some of today's leading musicians to pay tribute to the greatest artists and songs from the R&B and soul catalog to keep this vital music current. While a surprise to many, Stanley's early pivotal roots in this music has quietly turned this passion into a celebrated touring and recording band. Stanley's 15-piece ensemble group has toured the U.S. and Japan, and recently recorded an album of nine classic soul songs and five new original songs.