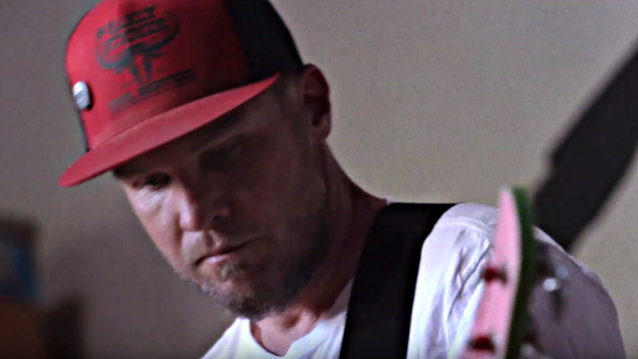 According to The Pulse Of Radio, PEARL JAM bassist Jeff Ament revealed in a new interview with Rolling Stone that he will release his third solo album, titled "Heaven/Hell", in March. Ament is the second member of the group to issue a solo effort in the past year, following drummer Matt Cameron's solo debut, "Cavedweller", in late 2017.

Ament did not indicate an exact date for the release or whether he would tour behind it. PEARL JAM itself has been writing its 11th studio LP and is heading out on European and North American tour dates this spring and summer.

Ament did discuss his favorite 2017 albums in the article, naming records by ST. VINCENT, THE WAR ON DRUGS, LCD SOUNDSYSTEM, MOGWAI, AT THE DRIVE-IN, PORTUGAL. THE MAN and THE XX among his top albums of last year.

In addition to a full month of European dates, PEARL JAM will play two shows apiece at Seattle's Safeco Field, Chicago's Wrigley Field and Boston's Fenway Park, as well as a gig in Missoula, Montana. It's not clear whether more North American dates are in the works.