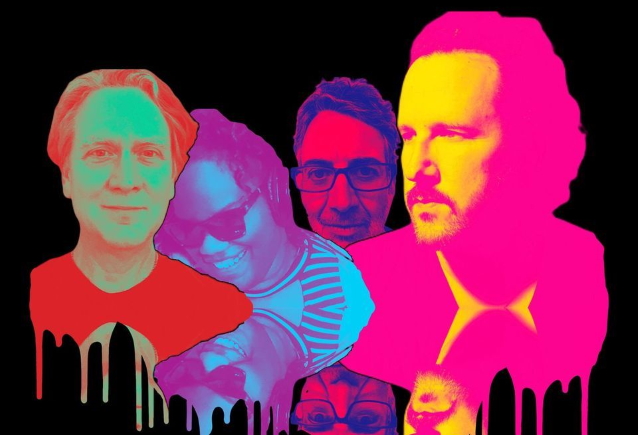 "The song tries to encapsulate what a country might say to its people," Gossard tells Rolling Stone, which announced the project this morning. "It's the least worked-over song on the record and that makes it really visceral and immediate."

PAINTED SHIELD is a bold and cohesive portrait of its creators. The origins of the group go back seven years ago, when Gossard began working with Chamberlain on a series of instrumental demos. Chamberlain, a powerhouse drummer (whose credits include Bob Dylan, Peter Gabriel, Fiona Apple and Elton John),had played with PEARL JAM for a brief time in the early '90s.

"I love making music, and I especially love collaborating with other musicians," says Gossard. "That's the fun part, when you experience synchronicity between the music and the people you're involved with."

For Jennings, the opportunity to step completely outside his wheelhouse was an artistic challenge he relished.

"I've been a huge fan of both Stone and Matt for years," he says. "I listen to a lot of electronic and heavy rock music, but most of what I do is my voice and an acoustic guitar. I was excited by the idea of bringing that intimate side of what I do to this mega sound they were creating."

Gossard sings the praises of his PAINTED SHIELD bandmates but he also stresses the importance of other friends and artists who contributed to the album, chief among them keyboardist/singer Brittany Davis and mixer John Congleton.

"Brittany Davis is a Seattle singer-songwriter and force to be reckoned with," says Gossard. "Her voice and incredible keyboard playing is foundational to PAINTED SHIELD's sound. And John is a brilliant mixer and musician. His interpretation of the songs and the way he built dynamics really floored everybody."

Driven by pulse-racing electronic and live drums, bursting with gritty and sometimes psychotic guitars that weave in and out of luxurious keyboard soundscapes, and brimming with glorious melodies that fill the senses and hang on tight, everything about PAINTED SHIELD's self-titled album — a genre-bending mix of roots rock, electronica and contemporary folk-pop — feels effortlessly assured.

The release of "Painted Shield" on Loosegroove Records also marks the reboot of the influential indie label that Gossard founded back in 1994 with Regan Hagar (who also played drums in Gossard's longtime band BRAD as well as the seminal glam-punk band MALFUNKSHUN). Throughout the '90s, Loosegroove issued records from acts such as CRITTERS BUGGIN, MALFUNKSHUN, WEAPON OF CHOICE and DEVILHEAD, and significantly Gossard and Hagar signed QUEENS OF THE STONE AGE and released the band's debut album in 1998.

"It felt right that now was the time to start Loosegroove back up," says Hagar. "And once I heard the PAINTED SHIELD record, I knew that it had to be the first album we put out. It's a brilliant album — the performances, the sound, everything about it — and it speaks to our history of releasing music that's empowering while it also fits into our future-forward agenda." 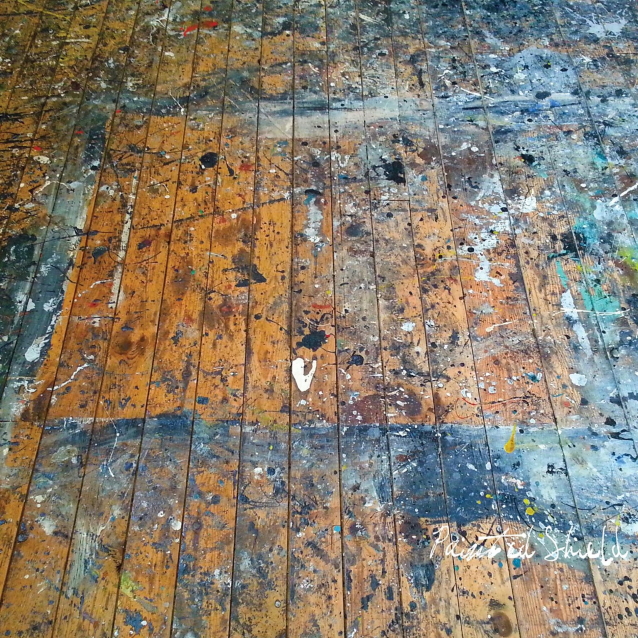