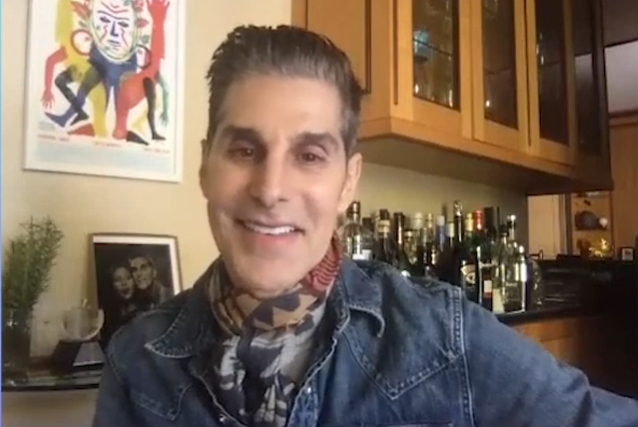 PERRY FARRELL Is Hopeful For LOLLAPALOOZA Return In August

JANE'S ADDICTION frontman Perry Farrell has told iHeartRadio's Jason Rockman in a new interview that he is hopeful there will be a 2021 edition of Lollapalooza's flagship event in Chicago. "If we can all stay on course, get vaccinated, stay socially distanced and masked up, maybe — please, God, maybe — we'll get to go to Chicago in early August in one capacity or another," he said. "If it's not a giant Lollapalooza, it might be a half-capacity Lollapalooza or no Lollapalooza. But I want there to be a Lollapalooza in some capacity so bad. But we can only respond to the people. If the people are getting it right and we're flattening out and we're going away from COVID infections, there's hope. I listen to Joe Biden, when he thinks July 4th could be the first time we'll have a small celebration. I'm gonna say that my first small celebration will be in August, and I wanna have it in Chicago."

Lollapalooza was created by Farrell in 1991 as a farewell tour for JANE'S ADDICTION. Since its dissolution as a touring festival in 1997, Lollapalooza has become one of the biggest destination festivals in the world.

Last August, JANE'S ADDICTION played two songs during Lollapalooza's Lolla2020 livestream, a free four-night broadcast event that took place on the original dates of the festival. Farrell, guitarist Dave Navarro, drummer Stephen Perkins and bassist Chris Chaney reunited for their first public appearance in three years to perform "I Would For You" and "Stop!"