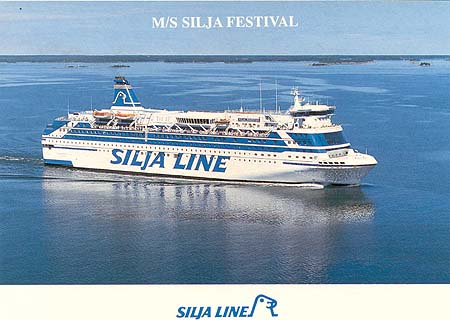 Swedish metallers PERSUADER have been added to the billing of Sweden Rock's 34000 Ton Metal cruise, which is scheduled to take place October 6-7 on board of the third generation car ferry "Silja Festival".

Commented PERSUADER guitarist Emil Norberg: "It will be our premier gig on a boat so we will surely make it a special event."

PERSUADER's third full-length effort, "When Eden Burns", was released in May via Dockyard 1. The follow-up to 2004's "Evolution Purgatory" (Sanctuary/Noise) was recorded at Powerhouse studio in Hamburg, Germany with producer (and SAVAGE CIRCUS bandmate) Piet Sielck (IRON SAVIOR).