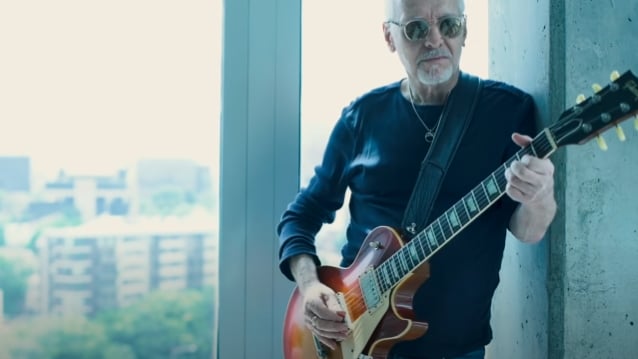 Earlier this week, the president promoted to his 83 million followers a tweet from 1980s game-show host and fervent Trump supporter Chuck Woolery.

"The most outrageous lies are the ones about Covid 19," Woolery wrote. "Everyone is lying. The CDC, Media, Democrats, our Doctors, not all but most, that we are told to trust. I think it's all about the election and keeping the economy from coming back, which is about the election. I'm sick of it."

Trump's retweet of Woolery came as the White House sought to discredit the country's leading infectious disease expert Dr. Anthony Fauci. Over the weekend, one Trump official gave reporters a list of nearly a dozen past comments by Fauci that the official said ultimately proved to be wrong.

Trump's latest comments came nearly two weeks after he gave an interview to Fox Business Network in which he said that the coronavirus will "just disappear," despite the rising number of cases.

Earlier today, Frampton, who frequently tweets against Trump's policies and in support of presumptive Democratic presidential nominee Joe Biden, took to the social media platform to write: "Data from new cases recoveries and deaths must stay transparent. Otherwise next week king trump will tell us we only 15 more new cases and those'll just disappear."

In other tweets, Frampton made it clear he has confidence in Fauci, sharing the hashtag #WeStandWithFauci. He also praised New Zealand prime minister Jacinda Ardern, who announced in June that almost all domestic coronavirus restrictions would be lifted after the country said it had "eliminated" the virus.

"It's because she followed the science and took medical advice," Frampton tweeted. "NZ wanted to wear masks because they knew it would help. It did. Congratulations on zero cases!!"

Last year, Frampton launched "Peter Frampton Finale - The Farewell Tour". The trek was billed as the rocker's final live appearances because he is suffering from the autoimmune disease Inclusion Body Myositis (IBM). IBM is a progressive muscle disorder characterized by muscle inflammation, weakness, and atrophy.

Data from new cases recoveries and deaths must stay transparent. Otherwise next week king trump will tell us we only 15 more new cases and those’ll just disappear.

I can’t believe you even have to say that. But thank you VP Joe Biden. We need you in the WH asap!!!! https://t.co/lWLxu2onrW

It's because she followed the science and took medical advice. NZ wanted to wear masks because they knew it would help. It did. Congratulations on zero cases!! https://t.co/4qe7iRHtt3