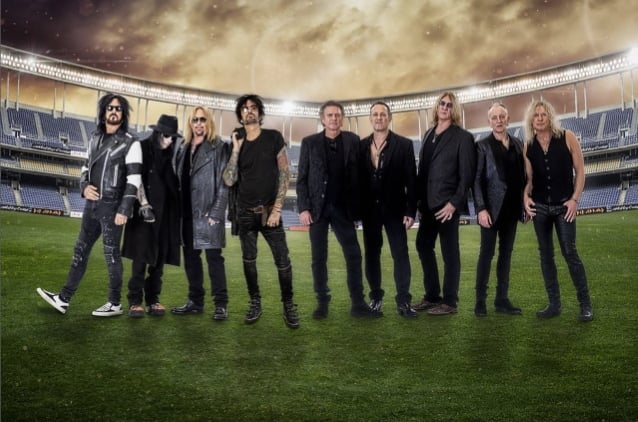 In a recent interview with Chile's Radio Futuro, DEF LEPPARD guitarist Phil Collen was asked if fans can expect to see the band touring South America in support of the group's latest LP, "Diamond Star Halos". He responded (as transcribed by BLABBERMOUTH.NET): "Definitely. Obviously, this year we're touring the States with MÖTLEY CRÜE, POISON and Joan Jett. And that starts in a couple of [weeks]… But the tour is gonna be three years — at least three years — for the album. [We're doing] America this [year]. Definitely next summer is gonna be Europe. And then South America, Australia [and] Japan — next year, hopefully at some point, we'll be playing all of those markets."

Last July, MÖTLEY CRÜE bassist Nikki Sixx told the 95.5 KLOS radio station that his band and DEF LEPPARD "might even drag" the same tour "to Europe, South America, Japan," but he cautioned, "We don't know yet. Right now it's a little far off. But us and DEF LEPPARD are super close; that's great. And we'll just see what version of 'The Stadium Tour' might fit for other countries, if we decide to go. Maybe it'll be the same lineup. I know people are super stoked for the lineup. It's a good outdoor fun party evening."