The self-titled debut EP from SCOUR was released on July 15 via Anselmo's Housecore label. The six-track effort was mixed by Dave Otero (CEPHALIC CARNAGE, CATTLE DECAPITATION, COBALT, KHEMMIS) and was made available on CD and vinyl formats.

Engemann stated about the "Tear Gas" track: "[That] was the final song written for the debut EP. It was completed backstage on the CANNIBAL CORPSE/CATTLE DECAPITATION tour last year. Every day Jarvis and myself would 'scour' for an isolated, quiet spot to set up my portable recording studio. I remember specifically Rob Barrett walking in during the tracking of this song, and gave his nod of approval. [Laughs] This song has a chorus section at the end that is unique to this album. Once it was finished, I sent it to Philip to write the lyrics. Of course, The Kid completely just nailed the chorus. 'Let the war be waged...'"

Anselmo previously stated about his involvement with from SCOUR: "Doing the SCOUR project was a blast. The track 'Dispatched' was the first one I attacked, as it was the first one sent to me. Lyrically, I leave it to the listener to evaluate, as usual. The way I saw it, the songs were short, and extremely straight-forward, so I didn't want to clutter 'em up with too much. Therefore, I had to pick particular lyrics that seemed provocatively absurd enough, and to perform them as raw as deemed fit. Hope all true extreme music lovers enjoy the stuff as much as I did performing it. A huge cheers to all the awesome collaborators on this project… Much love to all."

In a 2015 interview with Hellbound.ca, Anselmo stated about SCOUR: "[There's] one of the fellows from CATTLE DECAPITATION, but it's predominantly, in my ear, modern-ish black metal-sounding, thrashy black metal-type stuff. I'm going to put my own spin on it. I don't have to sound like your boy from GORGOROTH [laughs] to get the point across, man. There's other ways of singing over that style of music, and I shall employ many styles." 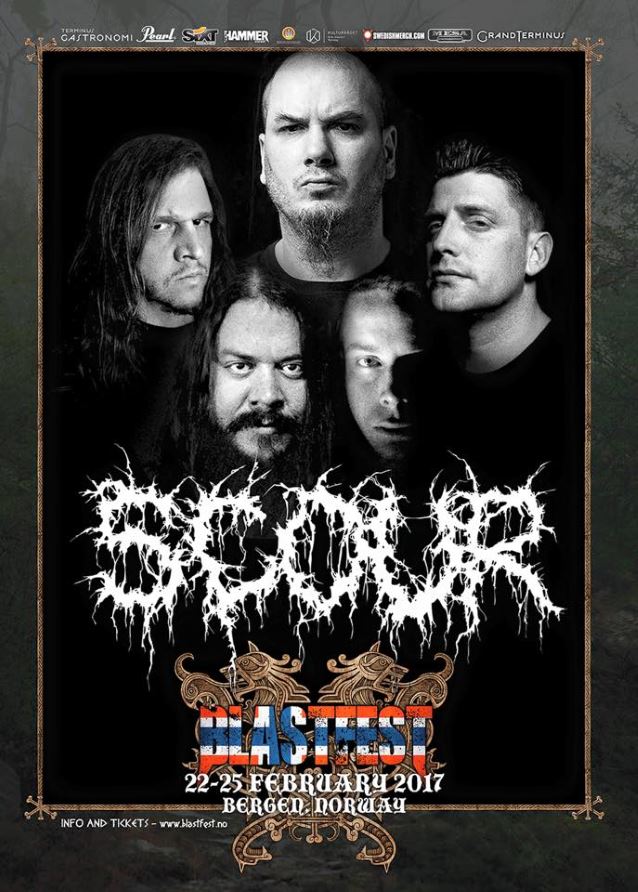