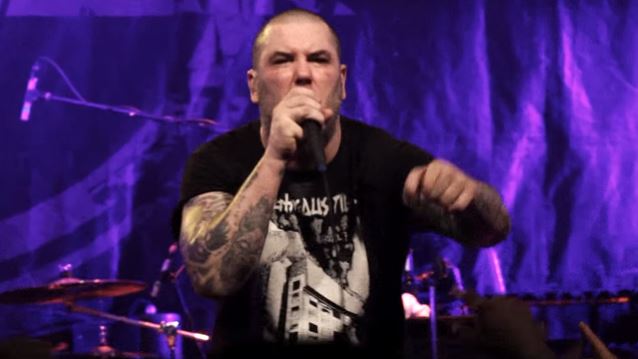 Former PANTERA and current DOWN/SUPERJOINT singer Philip Anselmo will front fellow New Orleans noise merchants EYEHATEGOD at a hometown concert on August 19 at at the Southport Music Hall and at the seventh annual GWAR B-Q on August 20 in Richmond, Virgina.

Says EYEHATEGOD singer Mike IX Williams: "Due to some recent very important health issues I am dealing with, I would like to announce that Philip H. Anselmo will be filling in for me at [these] two special EYEHATEGOD gigs. Phil has my full blessings for these shows and with all forces willing, I will return to the stage as soon as I am physically able."

EYEHATEGOD's fifth, self-titled album was released in May 2014 via Anselmo's Housecore Records. Philip stated at the time that "Being a part of the new EYEHATEGOD record is a dream come true. I've known, supported and loved the guys for almost as long as I've been playing music myself, and it is our pleasure here at the Housecore Records compound to have 'em aboard. And I gotta mention, this is the EYEHATEGOD record every true fan has been waiting for."

In a 2005 interview with Revolver magazine, Anselmo said about EYEHATEGOD: "The singer for EYEHATEGOD, Mike Williams, I've known since seventh grade. We'd run into each other at shows, bars, and eventually we became friends.

"Mike's story is one of great sadness and great victory. At an extremely young age, both of his parents passed away. Still, every time you saw Mike Williams, his head was high. He was a cocky bastard, man. He was punk rock from the day I met him. He's such a survivor, with such will and talent."

EYEHATEGOD guitarist Jimmy Bower is Anselmo's bandmate in both DOWN (where Bower plays drums) and SUPERJOINT (with Bower on guitar). 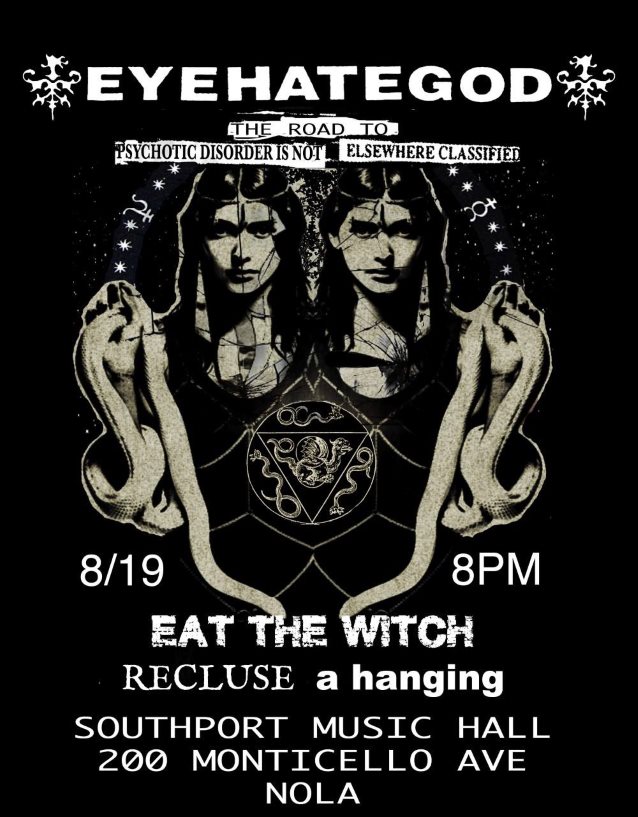