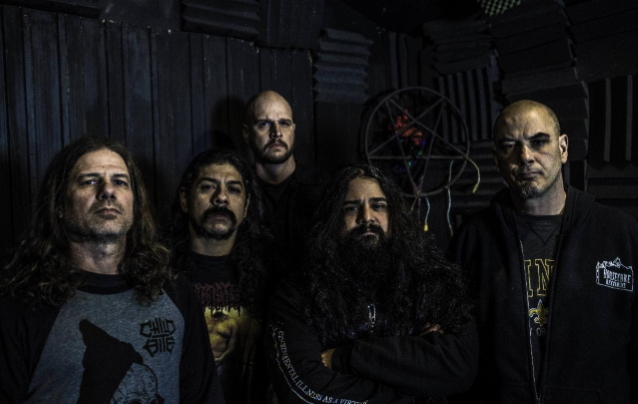 PHILIP H. ANSELMO AND THE ILLEGALS will return to the stage next month for a very special livestream event. Dubbed "A Vulgar Display Of Pantera", the multi-camera shot, fully live performance will take place on Friday, April 9 and find the band celebrating the legacy of PANTERA with a set featuring select cuts from the band's five classic albums: "Cowboys From Hell", "Vulgar Display Of Power", "Far Beyond Driven", "The Great Southern Trendkill" and "Reinventing The Steel". The livestream will also include an opening set by Australian grindcore unit/Housecore recording artists KING PARROT.

Comments Anselmo: "It's always fun to get together with THE ILLEGALS and pay tribute to PANTERA with all the awesome fans jamming along with us. Let's do this!"

PHILIP H. ANSELMO AND THE ILLEGALS' "A Vulgar Display Of Pantera Live" is presented in association with Danny Wimmer Presents.

In the summer of 2019, Anselmo spoke to Revolver about his decision to play a number of PANTERA songs during the latest tour with PHILIP H. ANSELMO & THE ILLEGALS.

"We were about a month out from touring [the second ILLEGALS album, 'Choosing Mental Illness As A Virtue'] when Vince Paul passed away and that was horrific and so unexpected," he said. "It was something that stopped me dead in my tracks. I was in my kitchen and I just dropped to the floor and just had to breathe for a little while. That's when the big plea for us to do more PANTERA songs became irresistible. The tribute had to be then. It had to be right. And I never thought it would be THE ILLEGALS. Clearly the mission for us was to be a sweaty hole-in-the wall death-metal band. I've got to say huge props to them for learning the PANTERA material. They didn't even flinch, man, and just went for it.

Up until his death in June 2018, Vinnie remained on non-speaking terms with Anselmo, whom the drummer indirectly blamed for the death of Dimebag, who was his brother.