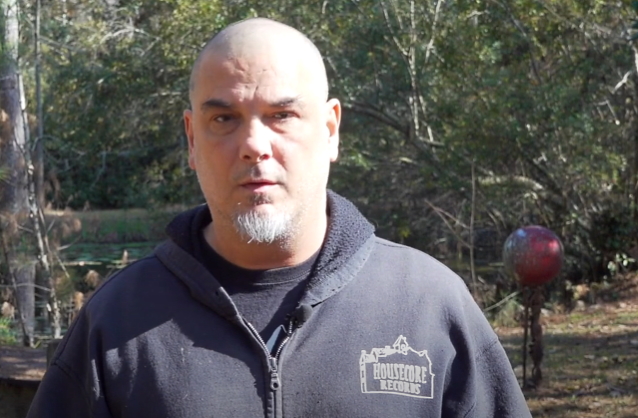 To celebrate the 30th anniversary of PANTERA's classic sophomore major label album "Vulgar Display Of Power", The Pit has uploaded a video interview with the band's vocalist Philip Anselmo. You can now watch the chat in two parts below.

"Now, the reception of the record and — God — the tours, the tours," he continued. "The difference in the audience from 'Cowboys From Hell' touring cycle to 'Vulgar Display' was night and day — truly. But I was surprised at how positive the reception was and all the massive crowds and the fans. That was really the true… Well, that was when people started coming to shows — like, you had to see PANTERA."