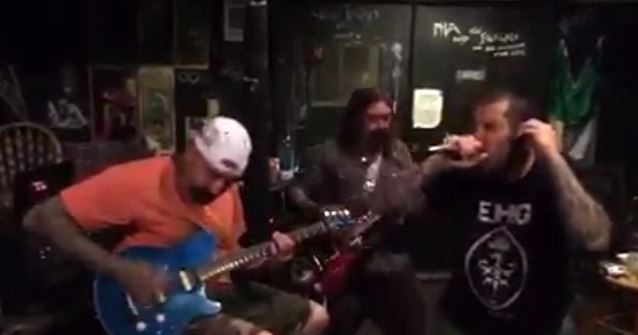 A short video clip of SUPERJOINT rehearsing for the upcoming show can be seen below. Seen alongside Anselmo in the clip are guitarists Jimmy Bower and Kevin Bond.

Anselmo is keeping a lid on other details at this time, but did state: "If people want to hear SUPERJOINT jam a badass set, then we're all for giving the people what they want! You wanna hear it? Then bring your asses to Austin, Texas, this October 23-26!"

LARS ULRICH Calls '72 Seasons' METALLICA's 'Covert Lockdown Record': 'We Thought For Sure This Thing Would Leak'