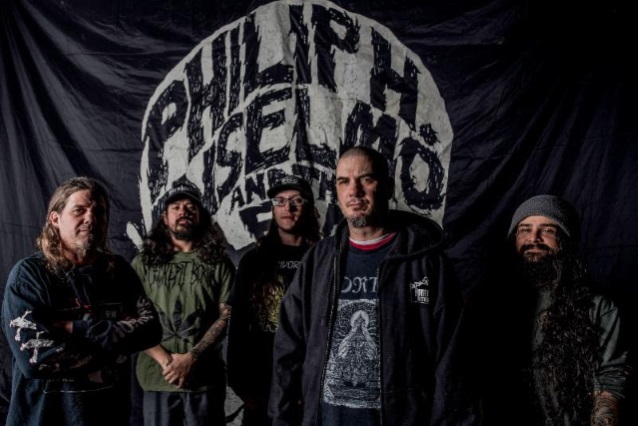 "Choosing Mental Illness As A Virtue", the sophomore album from from PHILIP H. ANSELMO & THE ILLEGALS, the project led by the former PANTERA and current DOWN/SUPERJOINT frontman, can be streamed in its entirety using the SoundCloud widget below. Due on January 26 via Anselmo's Housecore Records in the U.S. and Season Of Mist in other parts of the world, the disc is the follow-up to PHILIP H. ANSELMO & THE ILLEGALS' debut, "Walk Through Exits Only", which came out in 2013 to mostly positive reviews.

The lineup of the THE ILLEGALS has changed on several position since album one. This is what Philip has to say about his new crew: "Their creative input is fucking fantastic. This is something that was very different from the first record where I was very staunch. I wanted it to be ugly. I was very firm that I was writing every fucking note. The thought was, 'This is my contribution to ugly music right this second in a heavy metal vein.' That was great at the time. 'Walk Through Exits Only' made its own little statement that I am a free agent and I belong to no single band. This time, I worked closely with everyone. We tried different ideas together. It made the spirit of this thing come alive even more because of the enthusiasm these guys bring. It enhanced the integrity of the project."

Anselmo comments: "Our new album, 'Choosing Mental Illness As A Virtue' is going to get hated. It's going to get loved. Like every record, I've ever done, I put zero expectations upon my peers, critics, or the general fucking public. If you take one thing away from it, let it be this: Do not bog yourself down to one brand, character, or whatever. Have the guts to spread your wings and fucking flourish. I can promise you this is a beginning. As my music trickles out over the next two years, it's going to be quite the roller-coaster ride. This new ILLEGALS is just the tip of the whole fucking avalanche."

Anselmo is an iconic artist — maybe a little bruised, scarred, singed, and somewhat battered by time, himself, and others. But the Lousiana resident remains proudly standing, unbent, and still angry. Loved and hated, attacked and praised, Philip is not ready to go down into the archives of musical history without a fight.

His new cooperation with the band that Philip himself created, THE ILLEGALS, is as brutal, kicking, lashing, and fury-filled as one could expect from this artist and "Walk Through Exits Only". "Choosing Mental Illness As A Virtue" is a much the metaphorical fist in the face and display of force as his adherents could wish for.

"Choosing Mental Illness As A Virtue" is not a simple repeat of the past — as tempting as that might sound, considering that no other artist left a deeper mark on metal in the 90's than PANTERA. Raging, roaring, and bulldozing their way through the metal scene, the Texans have left a lasting legacy. At their front stood anger and hostility personified, Philip H. Anselmo. What followed for example with DOWN and SUPERJOINT RITUAL has further cemented the singer's reputation as a living legend. As an artist in his own right, Philip finally emancipated onto a solo-path with "Walk Through Exits Only", which enabled him to do exactly as he pleased – with no need to compromise on anything.

Back in October 2015, PHILIP H. ANSELMO & THE ILLEGALS parted ways with guitarist Marzi Montazeri and replaced him with Mike DeLeon. Anselmo told Metal Underground about the split with Montazeri: "What I wanted to do with Marzi was jumpstart his career, which I did. He's the type of guy that needs to be the focal point of pretty much anything he does. So he's got that now and I'm happy for him. More power to him." 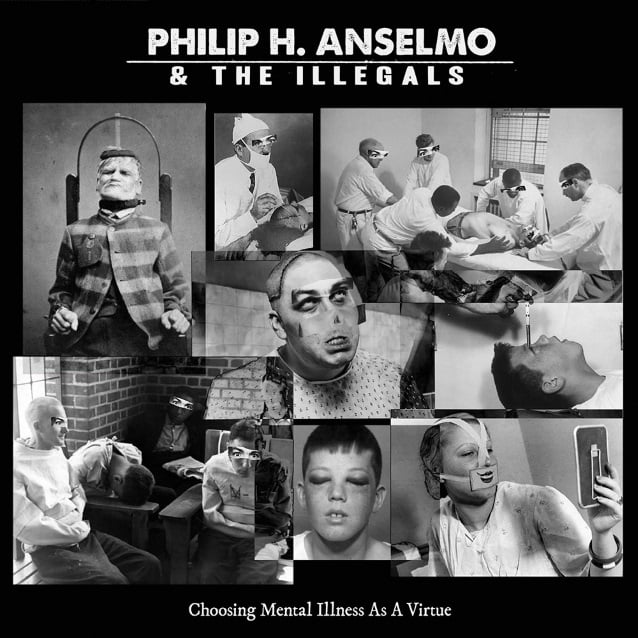