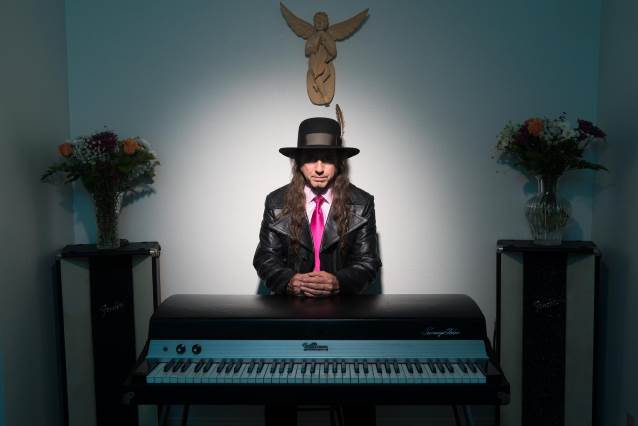 Los Angeles-based vocalist and multi-instrumentalist Gerry Paul Nestler has announced the release of his debut solo album, "Mama's Child". Due on September 12, the disc will be celebrated with a live appearance at The Redwood Bar in Downtown L.A. that same day. A lyric video for the song "Koko My Love", featuring vintage photographs taken around Los Angeles during the early 1950s by Nestler's artist father, Frank Nestler, can be viewed below.

First coming to prominence with Southern California avantgarde thrashers CIVIL DEFIANCE, who cultivated a strong cult following in Europe with a pair of critically acclaimed releases in the 1990s, followed by albums with KKLEQ MUZZIL, SUPER RIDER and PHILM, featuring former SLAYER drummer Dave Lombardo, Nestler has long been one of the most unique and daring musicians in progressive circles. Dialing down the loud in favor of a more introspective, acoustic based approach, "Mama's Child" marks the latest addition to Nestler's eclectic body of work.

"When I went into the studio to start work on the album in the spring of 2016, I was interested in recording an album for the songs I had been writing on the piano", reveals Nestler. "The songs reflected the sounds I was hearing from playing and listening to recordings of the early 1900s, some popular, others more obscure, on through the late 1960s and into the early '70s."

Assembling the album over the course of several months in Los Angeles and New York, Nestler recruited a formidable supporting cast of players, including bassist Pancho Tomaselli (PHILM, WAR),drummer Max MacVeety, and longtime Mike Keneally affiliate, saxophonist/flutist Evan Francis, aided by engineer/producer Chris Sorem at NEST Recorders in East Los Angeles where most of the tracking was done.

"I had met Max at a PHILM show in L.A.," says Nestler. "I asked him if he would be interested in playing drums on an album I was putting together. He was intrigued when I mentioned that the music I was working on had me on the piano instead of the electric guitar and how I had been influenced by Roberta Flack's work with drummer Ray Lucas. Max recommended a studio in East L.A., NEST Recorders, which turned out to be the perfect place as it had a 1910 Steinway piano and an echo chamber. We laid down the initial tracks with Chris. Not long after that, I left for New York, where Evan tracked in the woodwinds at Figure 8 Studios in Brooklyn with Michael Coleman at the helm. There was also a short visit to Springfield, Massachusetts where Jim Messbauer added some trombone to the tracks. A few months later, it was back to L.A. to finish up and mix with Chris."

Steeped in ever changing shades of jazz and blues, and conjuring vibes akin to Tom Waits and THE BEATLES' more experimental moments, "Mama's Child" is the type of bold musical curveball most artists dare not throw these days. "I never looked at "Mama's Child" as being a gamble though, just stretching my head, I guess", reflects Nestler. "I don't know if this will be the last of its kind for me or the first of more to come. Above all, I'm grateful to have the opportunity to bring forth something, understanding that overvaluation and undervaluation are inevitable results in the business of art. The creative urge continues not to feel the bliss of generation, but a higher ordinance under a compulsion to ceaselessly work. Part of that work for me is to learn to change and grow, but more importantly, the ability to create something that pays homage to those hidden areas of the mind that carry beauty and light."

"Mama's Child" will be released on The Wild Red Mother Records on vinyl and as a digital download. 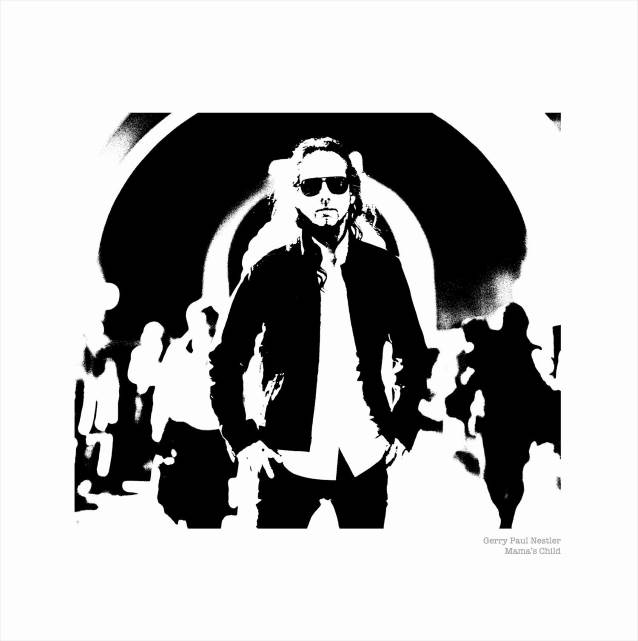